Nollywood comic actor, John Okafor, popularly known as Mr Ibu, has declared his support for a former presidential candidate of the Peoples Democratic Party (PDP), Atiku Abubakar, just a few days after he endorsed the national leader of the  All Progressives Congress (APC), Bola Tinubu, to become the next president of Nigeria in 2023.

Mr Ibu and his colleagues were seen in a viral video ‘pledged alliance’ to Tinubu in the conference which was focused on the inauguration of the Southwest Committee for the APC leader to contest in the 2023 presidential election.

However, in another video shared on his Instagram page on Sunday, Mr Ibu said that he will support Atiku for the 2023 presidency, noting that he only endorsed Tinubu because he was invited by his associates as an actor.

READ:  Woman Cuts Off Penis Of Man Who Allegedly Raped And Killed Her 5-Year-Old Daughter

Atiku Is My Presidential Candidate, Not Tinubu – Mr Ibu

The popular actor said, “I do not know why this thing is going on like this.”

“People approached me about Tinubu’s involvement to contest for the next president of Nigeria. I am a completely independent person; in the area that I perform, I am a comedian, musician and actor. Anything that has to do with anybody, people come to me and I address me in that direction. I know what to do.

“I do not know why this thing is going on like this. From time, I will never run sideways. It has been me and Atiku all this while, he has taken me places. If Atiku is running for president, certainly, because he has done a lot of things for me; there was a time he changed my house. He is like a father to me. He is contesting for president under PDP, certainly, I will be working for him. Atiku is my candidate.”

READ:  Lady Tattoos "HIV+" On Her Privates To Warn Future Mates That She Has The Virus [Photos] 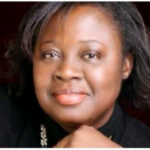 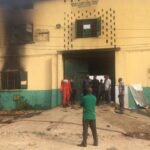