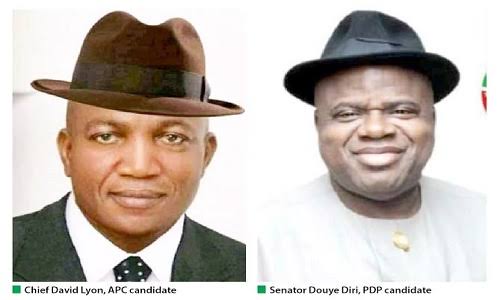 The Supreme Court has sacked the governor-elect of Bayelsa State, David Lyon and his Deputy, Biobarakuma Degi-Eremieoyo.

This is coming following an appeal filed by the Peoples Democratic Party (PDP), and its governorship and deputy governorship candidates, Douye Diri and Lawrence Ewhruojakpo.

In the appeal, Lyon’s running mate, Degi-Eremienyo, was accused of presenting a forged certificate to the the Independent National Electoral Commission (INEC).

In a unanimous decision by a five-man panel of Justices led by Justice Mary Odili, on Thursday, the Supreme Court held that the Form ‘CF 001’ Degi-Eremieoyo submitted to INEC for the purpose of the November 16, 2019, governorship election in the state, contained false information of fundamental nature.

Justice Ejembi Eko who delivered the lead judgement reinstated the November 12, 2019, Judgement of the Federal High Court in Abuja that disqualified Degi-Eremieoyo from participating in the governorship poll overvthe fake certificate.

The apex court held that since Degi-Eremieoyo shared a joint ticket with the David Lyon, his disqualification invalidated their election.

Consequently, it ordered INEC to immediately withdraw the Certificate of Return that was issued to them and issue a fresh one to the party that secured the second highest number of votes and got the required constitutional spread.

This essentially means that the candidate of the Peoples Democratic Party (PDP) in the election, Diri Douye, will become the next Governor of Bayelsa. 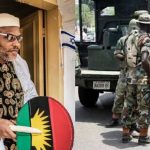 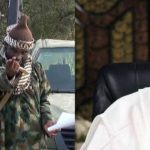