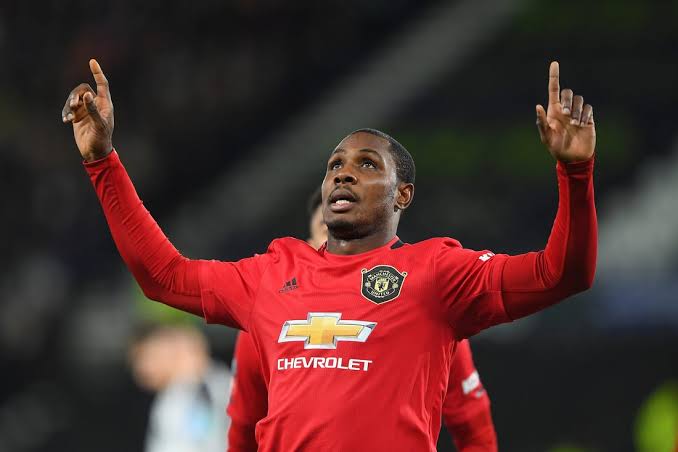 Manchester United loanee, Odion Jude Ighalo has been offered a two-year contract extension worth more than £400,000 (N176,069,720.00) per week by his parent club, Shanghai Shenhua.

According to Sky Sports, the Chinese club want to reward the 30-year-old striker for his good form at United, where has scored four goals in three starts.

The Nigeria international’s loan at Old Trafford expires on May 31 but, but it is likely to be extended until June 30 because of the coronavirus pandemic.

Ighalo’s current contract in the Chinese club will expires on December 2022, But Shanghai want to keep him until December 2024.

The new deal would see Ighalo earn an incredible £400,000 a week before tax, reports Sky Sports.

His focus, though, is on United until his loan spell expires. He will wait to see if United offer him a permanent deal before making a final decision on his future.

Ighalo has always said it has always been his dream to play for Manchester United, the club he supported as a boy.