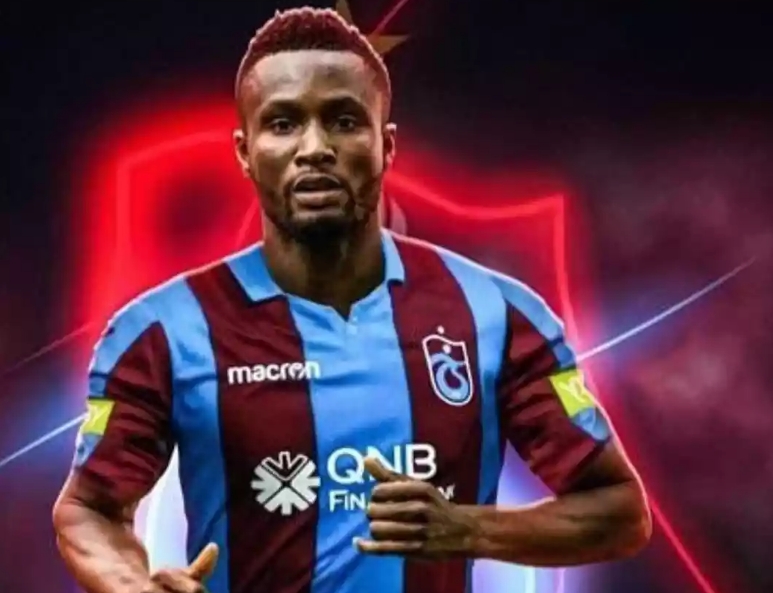 Turkish Super Lig club, Trabzonspor have terminated their contract with John Obi Mikel just three days after he criticised the Turkish Football Authorities for not suspending the season despite the spread of coronavirus.

Mikel Obi had taken to his Instagram page last week Saturday to criticise the decision of allowing the domestic season to continue despite action being halted across the continent in the wake of the ongoing health crisis.

According to him, he does not feel comfortable playing amidst coronavirus crisis because there is more to life than football. He urged that the season should be canceled so that everyone can be home with their families.

“There is more to life than football. I do not feel comfortable and don’t want to play football in this situation. Everyone should be home with their families and loved ones in this critical time. Season should be cancelled as the world is facing such turbulent times,”he wrote.

The comments came ahead of Trabzonsport’s clash with Istanbul Basaksehir, in which Mikel eventually failed to feature in the game.

Mikel Obi had over a year left to run on his contract, but Trabzonspor terminated his contract on Tuesday, less than a year after joining the club.

Following the termination which was through mutual consent, Mikel will not be paid any compensation as he agreed to give up all forward-looking rights and receivables.

“The professional football player agreement between our company and John Obi Mikel on 30.06.2019 start date 31.05.2021 has been mutually terminated.

“With a mutual termination agreement, the football player gave up all his forward-looking receivables,” the club announced on its website.

With fixtures still being contested in the Super Lig, the Turkish government confirmed all football matches in the country will take place behind closed doors until the end of April.