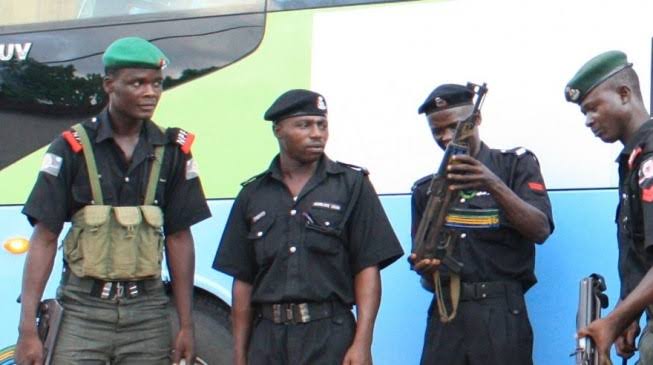 Bayelsa State Police Command has arrested one of its inspectors identified as Tuddy Warebayigha for killing his wife, Charity Francis Tuddy, during a custody battle of their 9 children.

The killer cop serving at Kaima Police Division in Kolokuma/Opokuma Local Government Area of Bayelsa State, was known to be behaving in erratic manner and suspected to be in the habit of heavy consumption of alcohol.

We gathered that last Monday, the policeman accosted his wife, who is a teacher, and shot her twice at close range on her leg and stomach, while demanding the whereabouts of their children.

His wife died after being rushed to the hospital, and the incident threw the entire Sampou community into mourning.

An eyewitness told The Nation;

“Sampou indigenes that witnessed the incident, said though the couple were no longer together as husband and wife, the Police inspector usually threatened to deal with the wife. As she was on her way home from the farm, her armed and tipsy husband accosted her and demanded for the whereabouts of the children.

“The deceased did not react to all the abuses by her husband. Her police husband cocked his rifle and shot her in the leg. Other sympathizers attempted to grip him from behind and possibly disarm him but failed. He threatened to kill anyone who intervened.”

“After he shot her in the stomach, he was seen making phone call to an unknown person boasting that he had shot her and taught her a lesson”.

“The victim was immediately rushed to the hospital, where she was confirmed dead. The suspect was arrested and detained at the State Criminal Investigation Department for further Investigation. He has been defaulted and if found culpable, will be dismissed and charge to court.”

ALSO READ: Lagos Policeman Commits Suicide After Killing His Wife For Filing A Divorce Against Him 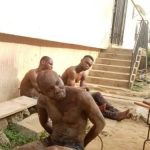 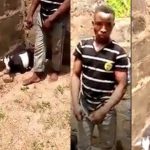