Boko Haram leader, Abubakar Shekau is reportedly negotiating for a ceasefire with the Nigerian Government in frantic efforts to seek a soft landing for his surrender. 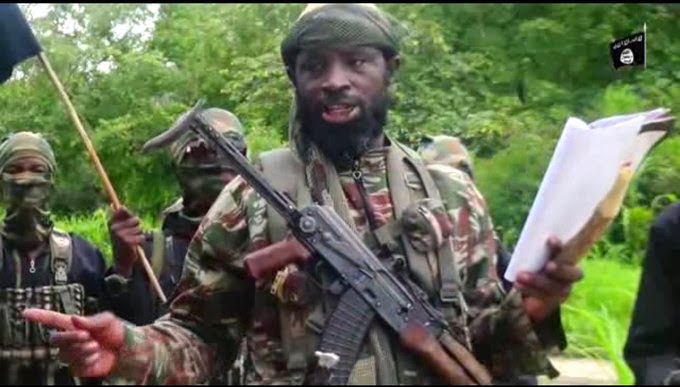 This was made known by credible intelligence sources in the North-East Theatre of Operations, according to Vanguard.

A source, who pleaded anonymity, told the newspaper that Shekau is desperately looking for an avenue to surrender, adding the the Boko Haram leader is seeking for a soft landing to surrender to the authorities.

“I think the end of Boko Haram is coming close as Abubakar Shekau has been making overtures through proxies for a soft landing for him to surrender to the Nigerian authorities. He has been desperate about it, and the intensity is occasioned with the avalanche of coordinated operations launched in recent times against the group, especially in the Timbuktu triangle”.

The source further added that in recent times the Boko Haram group had suffered casualties that put the group in a tight corner.

“The gap is closing in on Abubakar Shekau as it stands. The series of coordinated attacks on their hideouts has made it impossible for any escape as the military has been attacking from several flanks, and any attempt to escape now is virtually impossible.”

“The Chief of Army Staff has given an order that Abubakar Shekau is captured alive. The Chief has been in Borno State and there is a likelihood that he is going to be around for a long period given his body language of not leaving anything to chance in this critical operation. As a fact, he has joined several reconnaissance operations around the Timbuktu triangle, after which he issued specific directives with the Intel gathered from the reconnaissance operations.”

“He has also been in the trenches with some commanders holding meetings and analyzing Intel. I can tell you that everyone is on top of their game as the strategy is clear for all to understand.”

It was also gathered that the past weeks had witnessed a renewed onslaught against Abubakar Shekau and his group, which was led by the Chief of Army Staff.

A top source was quoted as saying that the Chief of Army Staff is virtually visible in all locations within the theatre of operations.

“I can confirm that the Chief of Army Staff is personally coordinating the renewed onslaught against the Boko Haram group. He has been visiting troops in areas where the terrorists’ kingpin is said to be hiding. This act by the Chief of Army Staff has seen a massive boost to the morale of the fighting troops. The results coming in have been tremendous, and it is a source of joy at the Army headquarters.”

The source also stated that there had been orders from the Chief of Army Staff that utmost care must be observed to ensure that women and children are not caught in the crossfire during operations.

“As we speak, the troops are strictly carrying out the orders of the Chief of Army Staff towards ensuring that civilians within these territories are not hurt during any of the operations. This might slow things down a bit as the Boko Haram group is now using women and children as shields to buy time.”

“So far, I can say that the troops have been careful in this regard as efforts are being made to ensure that the operation as much as possible does not lead to the death of unarmed civilians. The various commanders have been mandated to ensure that as many unarmed civilians, mostly women and children are rescued unhurt. He is been briefed on a minute by minute basis as the troops closes in on the triangle.”

It was also gathered that there had been active cooperation from countries like Chad, Cameroon, and Niger, and this has made any form of escape for Abubakar Shekau and his group to neighboring countries impossible.

“I can tell you now that troops have blocked the usual escape routes for the Boko Haram terrorist group into Chad, Niger, and Cameroon. The level of cooperation experienced now has been quite phenomenal.”

“The routes through which they bring their arms and ammunitions have been taken over by troops from the Multinational Joint Task Force. This action has placed the Boko Haram group in disarray hence their inability to launch attacks anymore.”

In a similar vein, it was gathered that the Boko Haram group has also reached out to some International Non-Governmental Organizations to seek a deal with the Nigerian government towards granting amnesty to it.

A top staffer of one of the NGOs ( name withheld) confirmed that on several occasions, Abubakar Shekau had sent emissaries to their organization to help secure an amnesty deal with the government of Nigeria.

“We were shocked in the initial stages, thinking it was a hoax. But this continued, and we were left with no choice than to inform the security agencies in a bid to protect ourselves.”

When asked why Abubakar Shekau singled out their NGO for this task, he stated that it was probably due to the international recognition the organization has in the area of providing humanitarian services across the globe.

“We are an international organization, and over time we have been actively involved in providing humanitarian services in North-East, Nigeria. I believe they are trying to take advantage of our platform to seek a way out of their predicament.

“We are also conscious of the fact that this is a security issue, and it is outside our mandate. So we have elected not to be a part of whatever negotiations the Boko Haram group wants with the government of Nigeria.

“It is indeed obvious that the tide has turned against the Boko Haram group so much that they want to end the insurgency, which we think would be good for all concerned. However, as I said, it is not in our place to decide if that would happen or not. We are concerned about fulfilling our core mandate.”

KanyiDaily recalls that the Chief of Army Staff, Tukur Buratai, had recently relocated to the North East in order to oversee the overall operations of the war against insurgency and other Nigerian Army operations across the country.

On Monday, Buratai assured Nigerian troops fighting Boko Haram insurgency in the North East that he would be with them in the region until the insurgents are defeated.