Popular American rapper, Kanye West has officially achieved billionaire status, making him the second rapper to do so after Jay-Z. 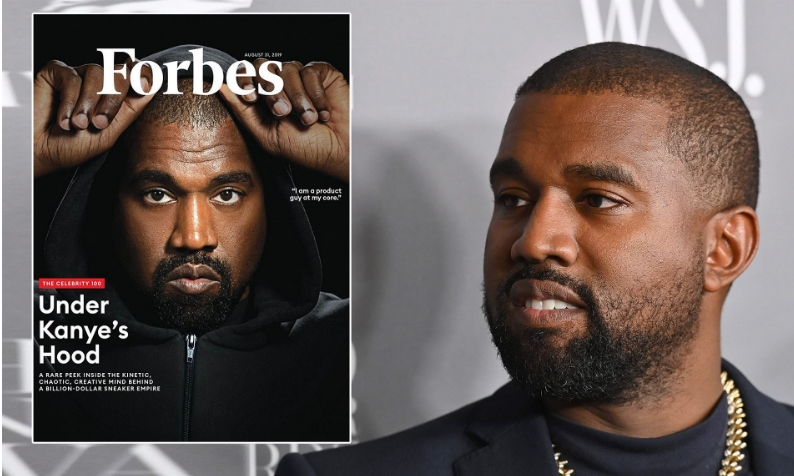 According to Forbes, Kanye West reached this financial status thanks to his music, real estate, clothing and shoe brand, Yeezy.

In the featured article, Forbes spilled tea about their alleged interaction with Kanye West leading up to the announcement about his billionaire status.

The rapper had reached out to Forbes upset that his name was missing from the list of billionaires dropped earlier his month.

“You know what you’re doing,” he reportedly texted the reporter. “You’re toying with me and I’m not finna lye [sic] down and take it anymore in Jesus name.”

He also claimed that the outlet was “purposely a part of a group of media” that was trying to put an end to his self-made image because he is black.

Kanye’s team provided documents that listed $35 million in stocks, $17 million in cash and almost $102 million for land and “buildings and improvements.” His music, including his G.O.O.D. Music label and publishing rights, is worth around $90 million.

The ‘Jesus Is King’ rapper believes his assets are valued at $3 billion, but Forbes’ Zack O’Malley Greenburg reveals in the article that Kanye’s worth is around $1.26 billion.

“Aside from the music, half of all this presumably belongs to his wife, although she’s no slouch and that math goes two ways,” said the outlet.

“Given the illiquidity of these myriad assets and the lack of independent backup, we’re giving all of this a 50% haircut: That’s about $125 million in assets, outside of his Yeezy crown jewel. Then, there’s debt: Between mortgages, advances and other liabilities, we saw about $100 million that West is on the hook for. All told, our current net worth estimate for Kanye West: $1.3 billion.”

Yet the rapper is still said to be unhappy, claiming that the figure should be around $3 billion at least.

“It’s not a billion,” West allegedly texted the publication Thursday night. “It’s $3.3 billion since no one at Forbes knows how to count.”

This is coming after Kanye West’s sister-in-law, Kylie Jenner, 22, was named by Forbes as the youngest ‘self-made’ billionaire for the second year in a row after selling off 51% of her cosmetics brand.