Cross River State Governor, Ben Ayade burst into tears on Thursday as he decried the tax burden on low-income earners in the state. 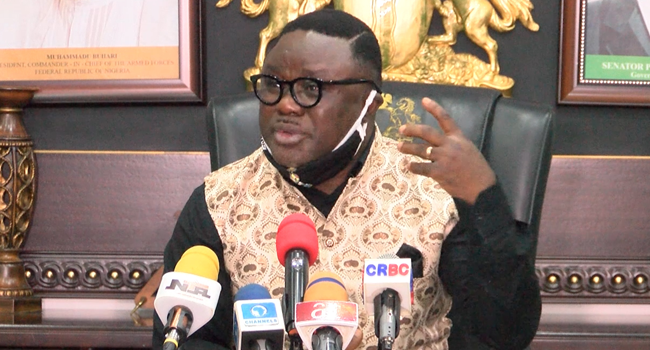 While inaugurating the Anti-Tax Agency on Wednesday, Governor Ayade abolished taxation of the poor, small business owners, artisans, low-income earners, peasant farmers, among others in the state.

He condemned the actions of some government officials who forcefully exact taxes from the poor; even as he tasked the anti-tax agency to bring that to an end in the state.

The governor who insisted that the poor must be protected, charged the new Anti-Tax Agency to ensure that ‘the poor’ are exempted from paying taxes.

ALSO READ: “In This My Second Tenure, I Will No Longer Be Cross River Governor” – Ben Ayade Declares

In an emotional-laden speech at the inauguration of the agency, Governor Ayade broke down in tears saying:

“I never knew that five years into office as governor, I would still find somebody who would live in a thatched house in Cross River State. I almost cried because I knew how prepared I was. But it didn’t end the way I dreamt for the state. I just think that somewhere, God will just help them. I really wish I can really help,” he said as his voice broke with emotions.

Addressing the member of the Anti-Tax Agency, Ben Ayade charged them to rise to the occasion by putting an end to the activities of illegal tax consultants who he said impose unnecessary tax on the poor and vulnerable in the state.

“We charge you to ensure that the poor masses of Cross River State and the small business owners do not come under the harsh hands of the desperate search for money by tax consultants”, Ayade told members of the Agency which is comprised of Christian clerics.

“Your responsibility from today going forward is to put an end to illicit taxes on people. We have a tax law here that prescribes the people who are exempted from tax. All those categories of people and those that from time to time will be so announced by the Governor; including every hotel that has less than 50 rooms in Calabar and the whole state today; are exempted from payment of taxes.”

Further, the governor reeled out other categories of people exempted from taxation.

“We have exempted all Okada riders, taxi drivers, airport taxi drivers, small saloon owners; small catering and restaurant points popularly called Mama Put. All those people who sell basic things struggling to eke a living; they have been exempted today from paying tax. We have exempted them because it is better for me as a Governor to rather task my brain than to tax my people,” he declared.

KanyiDaily recalls that the Minister of Interior, Rauf Aregbesola had said that the rich must be taxed mercilessly in order to eradicate poverty in Nigeria.

Aregbesola said that if the rich failed to address the problem of poverty in Nigeria, their comfort would be taken away by the poor. 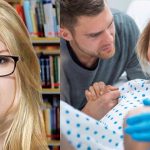