The Nigeria Center for Disease Control (NCDC) has announced 409 new cases of coronavirus, bring the total number of infection in the country to 13,873.

In a tweet on Wednesday night, NCDC said the new cases where recorded in 16 states with Lagos having 201 cases while the Federal Capital Territory (FCT) confirmed 85 cases.

Results from other states further show that Delta State has 22 cases, Edo has 16 cases, Nasarawa, Kaduna and Borno State recorded 14 cases each, Bauchi State had ten cases, and Rivers State had nine cases.

The tweet further revealed that 4,351 former patients have been discharged so far, while 382 deaths have been recorded.

See the breakdown of the cases by states below:

A breakdown of cases by state can be found via https://t.co/zQrpNeOfet#TakeResponsibility pic.twitter.com/KEsejLktzm 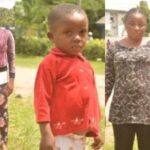 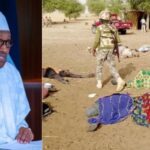