Ikorodu Bois, a Nigerian online comedy group that recreates and mimics “multi-million dollar music videos and Hollywood movie trailers”, has been acknowledged for their recreation of the trailer for ‘Extraction’, an action-packed Netflix movie starring actor, Chris Hemsworth.

The group of kids decided to remake Chris Hemworth’s movie ‘Extraction’ which debuted back in April, and shared it their Twitter page on Wednesday, June 24, 2020.

Their video was good enough to get the attention of popular film’s directors, Joe and Anthony Russo, who acknowledged the kids and also invited them for the movie premiere of Extraction 2.

This is awesome! We would love to have you guys at the #Extraction 2 premiere…DM us and we’ll get you there! https://t.co/6eufmJMgT7

The Ikorodu Bois consists of brothers Muiz Sanni, 15, Malik Sanni, 10, and their cousin, 13-year-old Fawas Aina acting out the movies and music videos while the Sanni’s older brother, 23-year-old Babatunde Sanni, works as editor and manager.

They’ve down some shot-for-shot reenactments of Bad Boys for Life, Money Heist, even a tribute to Kobe Bryant, and other pieces of entertainment.

Our version of Bad boys for life😂
Guys kindly retweet🙏
We hope will smith and Martin Lawrence sees this pic.twitter.com/8ShwyRPg9V

If Money Heist was shot in ikorodu🇳🇬 😂❤️. Pls retweet until @netflix @lacasadepapel sees this🙏🏽 pic.twitter.com/CZwUcsuiVB

We love this song so much so we did our version, Please retweet😭🙏 till @RoddyRicch sees this pic.twitter.com/leP92KOv2w 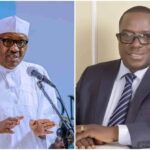 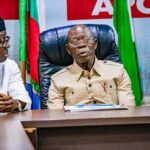