Billionaire rapper and fashion mogul Kanye West, in an Independence Day tweet, announced that he has entered the race to become America’s next president. 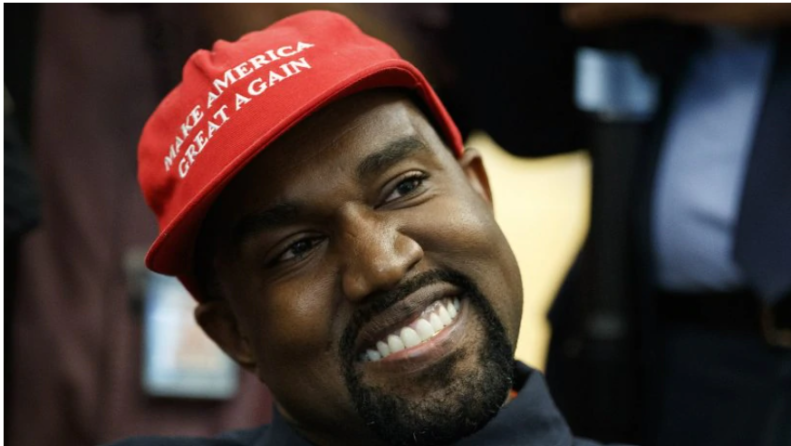 The rapper who is a vocal supporter of Donald Trump has not yet announced the party where he plans to launch his newest ambition.

In a tweet to his 24.9 Million followers, the billionaire wrote:

“We must now realize the promise of America by trusting God, unifying our vision and building our future,” he wrote.

“I am running for president of the United States! #2020VISION.”

Tesla founder and CEO Elon Musk responded to West’s tweet, saying: “You have my full support!”

Reality TV star and Kanye West’s wife Kim Kardashian West, also responded to her husband’s message by retweeting it with an emoji depicting the American flag.

It is not yet clear if Kanye West is serious about vying for the highest political office in America.

The election comes up on November 3rd 2020 which is just four months away and we cant confirm if he has filed any official paperwork to appear on state election ballots.

Meanwhile, Kanye West has officially achieved billionaire status, making him the second rapper to do so after Jay-Z.