Director-General of Nigeria Television Authority (NTA), Yakubu Ibn Mohammed has revealed that the joint venture partnership with StarTimes has yielded no returns for the nation after 11 years of operation.

Mohammed disclosed this while he was questioned by the Senate Joint committee on Finance and National Planning on Monday, August 24, 2020.

The Senate queried the management of NTA over what it called 11 years non-profitable joint venture which saw Startimes transmitting through its facilities.

“Mr DG are you telling this committee that for solid 11 years, the joint venture agreement NTA had with StarTimes has not yielded any profit despite using your facilities for over one million subscribers.

“This is completely unfair to Nigeria. Something is cooking. You must come with the MD of your subsidiary unit overseeing the contractual and operational agreement.”

The NTA boss replied saying: “As an Executive Director in 2009 in NTA, not a single kobo was made from the joint venture with StarTimes, the same situation I met in 2016 when I returned as D-G.

”In fact, on assumption of office as D-G, that was the first question I asked, upon which records of non- profitability was presented by the NTA subsidiary outfit running it. The non- profitability status of the venture remains till today.”

Adeola lamented that Nigeria has allowed itself to be treated in a manner that appears as “if there are no laws governing the nation, insisting that the pact must be reviewed.”

Consequently, to dig further, the DG was ordered to appear before the committee again on Tuesday along with the Managing Director of NTA TV Enterprises, Maxwell Loko, supervising the joint venture with StarTimes.

This is despite the Minister of Information and Culture, Lai Mohammed seeking approval of $500 million loan to help upgrade the Nigerian Television Authority (NTA) to the status of the Cable News Network (CNN). 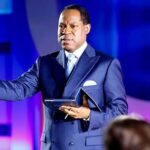 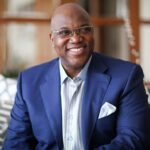