The Minister of Aviation, Hadi Sirika has reportedly built a multi-million mansion in his hometown in Shargalle under Dutsi Local Government Area of Katsina State. 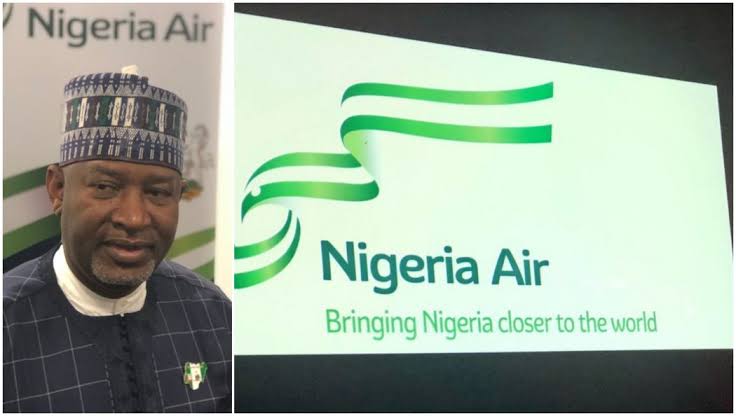 According to SaharaReporters, the mansion which have been erected within few months, is suspected to have been executed with public funds.

News Agency of Nigeria recalled in 2018, Sirika allegedly spent millions of naira to design a logo for the failed Nigeria Air project.

In a petition two years ago, the Federal Airports Authority of Nigeria (FAAN) branch of the Nigerian Union of Pensioners asked President Muhammadu Buhari to probe the financial commitment of Sirika to the suspended national carrier project.

The union alleged that Sirika was secretive about the spending of government to the project, saying that once investigated, billions of naira expended on the failed project would be unearthed.

Some stakeholders had alleged that for the logo design, which was awarded to a foreign firm, FROM6 Communication in Bahrain, cost the government a whopping $600,000 (about N219 million).

KanyiDaily had reported that Sirika was at the official reopening of the Akanu Ibiam International Airport in Enugu State, last Sunday. His flight was the first to land on the newly constructed runaway.

Senators Deny Being Paid N20m Each As Covid-19 Palliative, Demands Evidence From NDDC

COVID-19: FG Would Be Held Responsible For Anything That Happens To Students – ASUU