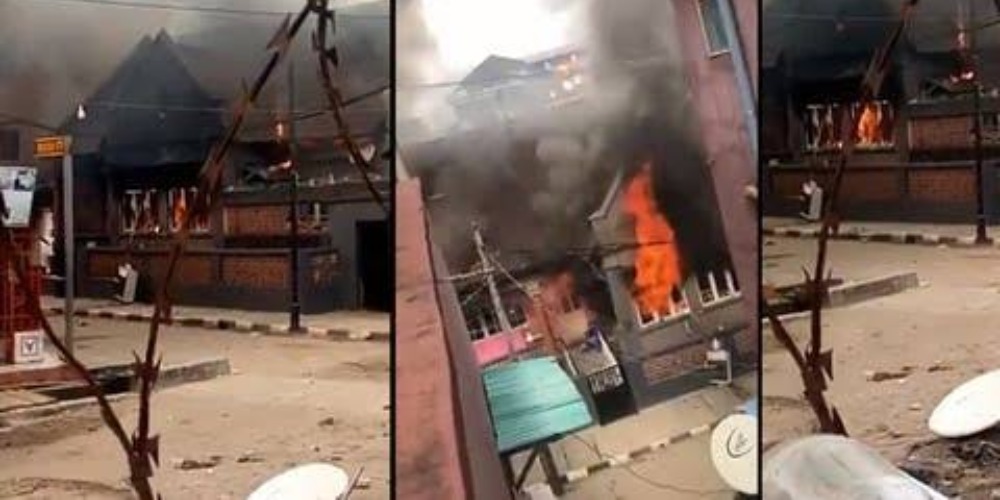 It was gathered that the mob had came to the area on Wednesday holding a jerry can of petrol and soaking the house in petrol, but they were quickly stopped by residents for fear that the fire could spread uncontrollably.

Moments after, however, the youths succeeded in burning down the house.

“One of the youths poured petrol on the building but was immediately prevented from setting it ablaze because the fire could spread and lead to loss of lives.

“However, the youths soon gathered again and burnt down the house. The fire is currently spreading but firefighters have arrived at the scene.”

It was learnt that policemen attached to the Adeniji Adele Police Station had raced to the scene in a bid to quell the violence.

Happening now, Sanwo Olu Mother's House is on fire. Our thoughts are with the fire at this time. 😩🤲#EndSARS #LekkiMassacre pic.twitter.com/2xOzP1Ebxs

Youths have storm Sanwo Olu mother's house in Surulere& tinubu's house in bourdelion! Tvc, Oriental hotel, BRT buses r burnt down, nothing that belongs to them will be spared. No form of godfather is will be tolerated in Nigeria again. Youths have woken up #EndSARS #LekkiMassacre pic.twitter.com/AXYMGW30qO 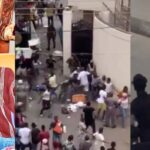