In a series of tweets, the group asked Nigerians to tell them which organization they want to be hacked next.

The group says they are out to expose the Nigerian government secrets and dirty files.

Anonymous had created a dedicated Twitter handle for its Nigerian operations on October 5, 2020, warning President Muhammadu Buhari to heed the demands of the protesters as the world is watching.

READ ALSO
"In This My Second Tenure, I Will No Longer Be Cross River Governor" – Ben Ayade Declares 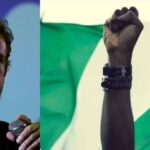 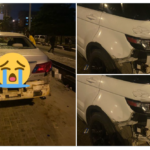