A former Minister of Aviation, Femi Fani-Kayode has reacted to a viral video that showed him abusing his now estranged wife, Precious Chikwendu. 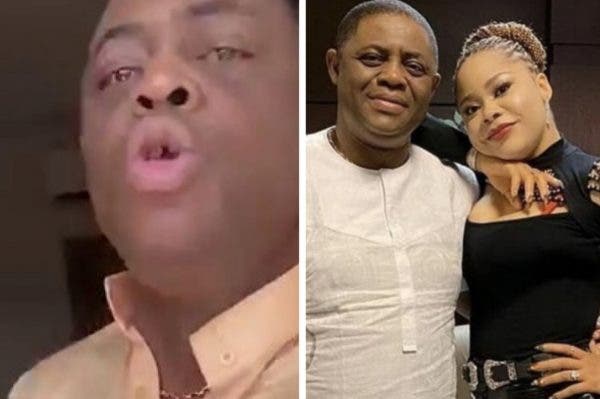 KanyiDaily recalls that in the video published by Sahara Reporters, Fani-Kayode was seen engaging his ex-wife in a heated argument while she was recording him on camera ranting about her insults.

Precious could be heard telling the ex-minister that he has been abusing her, which annoyed Fani-Kayode who charged towards her with anger.

Reacting on his Twitter page, Fan-Kayode denied assaulting Precious saying there was no physical abuse but he was merely trying to take the phone from her to stop her from recording their conversation.

The ex-minister who described the video as mere propaganda, revealed that he caught his estranged wife in bed with a naval officer a day before the incident which she recorded on her phone.

“@SaharaReporters posted a video which supposedly depicts me ABUSING my estranged wife. This is nothing but a propaganda video. There was NO physical abuse. I simply took the phone from her to stop her from recording me after catching her in bed with a married man days earlier.

“I repeat there was no physical abuse whatsoever and she had been insulting and subjecting everybody, including family members, staff and children, to physical and verbal abuse the whole day. As usual, it was a nightmare.

“My words in the video are self explanatory. I urge those that watched it to listen to those words carefully. I told her that everyone wanted peace except for her and all she did was indulge in scandal after scandal. I have never physically abused my estranged wife.”

KanyiDaily recalls that Fani-Kayode also made headlines after he was caught on camera raining insults at a Daily Trust journalists, Eyo Charles, for asking him a “stupid question” during a press conference in Calabar, Cross River State.

READ:  "Igbo Man Does Not Kneel For Anybody Except His Chi" – Senator Enyinnaya Abaribe 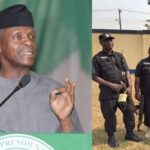