A former Minister of Aviation, Femi Fani-Kayode, has reacted to a suit filed by his estranged wife, Precious Chikwendu, seeking the custody of their four children. 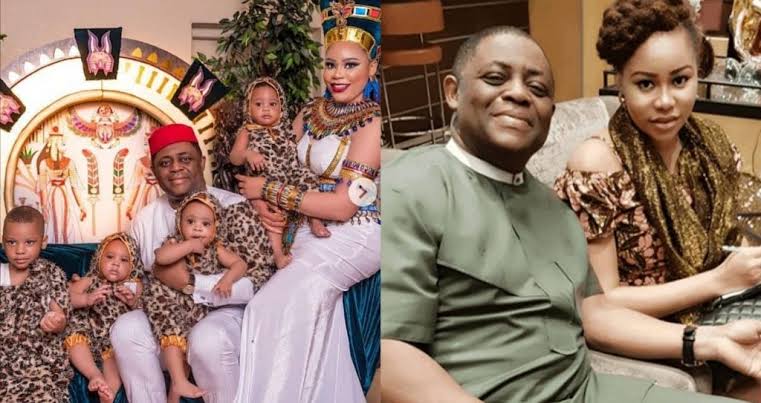 In the suit marked CV/372/2021, Chikwendu accused Fani-Kayode of beating her up several times, including when she was pregnant, accusing the ex-minister of confining her to a hospital when she attempted to escape.

She told the court that “the respondent will strip me naked in the full glare of everyone in the premises, threaten to kill me while hitting me, and on other occasions, exhibit all forms of cruelty towards me that I sometimes leave the house for my friend’s place for safety.”

Chikwendu alleged that on one occasion, Fani-Kayode in the company of the immediate past DPO of Asokoro police division and her team of policemen, “handcuffed me and stripped me naked while someone from the crowd whom you initially mistook for a policeman, forcefully injected me with a sedation.”

“That I was then abducted and incarcerated at a hospital for a period of two weeks. I was separated from my six months old triplets and a year-old son at the time.”

READ:  American Rapper Big Sean Reveals He's A Half Nigerian During An Interview With Vibe

She added that the former minister “has been on the spree of posting pictures of my children with different women whom I reasonably believe are his girlfriends, on different social media platforms, all in the effort to spite me”.

In the interim, Chikwendu wants the court to grant her interlocutory custody “in the interest of the children and particularly giving the difficult circumstances in which the children are growing up without the care and nurture of the applicant”.

The mother of four is praying the court to direct the former minister to pay the sum of N3.438 million monthly towards the maintenance and upkeep of the four kids, “with the possibility of a review of the sum every two years upon an application to the court”.

However, in a swift reaction through his media consultant, Oladimeji Olaiya, Fani-Kayode said he never denied Chikwendu the right to see her children or come to the house.

He said his estranged wife is adulterous and has mental issues, recounting how she once cut two people with knives while allegedly trying to kill him and their four children.

The former minister said Chikwendu was “unfit to be a mother and that she has shown nothing but cruelty to her children whom she has never taken care of or shown the love and affection of a mother.”

“For the avoidance of doubt, at no time did Chief Fani-Kayode expose his children to danger and he had always provided them with the best of care including 12 nannies and nurses who did all the work even when their mother was in the house and whom she employed.

“Chikwendu’s only pastime was to post pictures and words on Instagram and sleep with men outside. She also tried to seduce several Chief Fani-Kayode’s friends when he was in detention and extort money from them.

“On one occasion, she cut two people with a knife and almost bit off the finger of a third when she was trying to attack and kill her own children and husband with two knives. Thirty people witnessed this and we have it on video.

“On another occasion when she was caught in bed with a married naval officer in a hotel, she cut her own foot with a broken bottle and said she would tell the world that her husband did it. At least three people witnessed this.

“We urge members of the public to wait until the truth is revealed about Chikwendu, her mental and physical abuse of her children, her mental illness, her numerous attempts to murder Chief Fani-Kayode and his four children, her adulterous ways, her unfathomable cruelty, her gold-digging ways, her violence and so much more before they make up their minds.”

Fani-Kayode added that these details with the necessary evidence would be produced in court.

“The world is about to be shocked with the truth about her inhumane actions and other deficiencies which our client has over the years endured from her and covered in order not to expose her to any indignity.

“Finally, the only reason Chikwendu has not seen her children for close to seven months is that she has refused to come to the house to do so. Chikwendu claims that she was stripped and drugged. This is not true.

“Rather she was held down by a contingent of four policemen and policewomen in the presence and under the orders of the Divisional Police Officer of the Asokoro Police Station and in the presence of her Aunty Joy and at least 30 frightened and agitated police officers, workers and members of the household and family after which she was sedated with an injection by a doctor from the psychiatric hospital,” the former minister’s aide said.

He added, “On a separate occasion in front of three pastors, she also beat one of the triplets mercilessly simply because he had dared to cry during prayers. Again we have evidence of this, and the pastors and nannies will testify.

“It was after the frightful event of her holding the entire household hostage with the two knives and threatening to kill everybody that she was taken to and admitted in a private mental institution where she was diagnosed as having severe bipolar disorder, depression and schizophrenia.

“The doctors advised that she be kept there for at least three months for her own sake and for the sake of her family and those living with her to ensure that she did not kill herself or kill anyone else and that she gets the care and medical attention she so badly needed.”

KanyiDaily recalls that earlier Chikwendu had vowed to fight Fani-Kayode over the custody of teir Children, saying she is ready to show him that she is not just a pretty face.

READ:  I Switched From Gospel To Secular Music For Money To Feed My Family – Rema 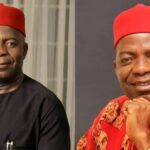 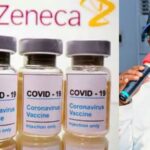