A former Minister of Aviation, Femi Fani-Kayode, has denied viral reports of threatening to attack his former Personal Assistant with a hammer.

KanyiDaily recalls that Fani-Kayode was caught on camera threatening one of his domestic staff with a hammer for opening the gate for NEPA officials to read their electric meter.

The video came against the background of the stand-off between Fani-Kayode and his estranged wife, Precious Chikwendu, in court over the custody of their children.

But in a swift reaction, Fani-Kayode, through his media aide, Jubril Oladimeji Olaiya, refuted the claim portrayed by the video in circulation.

“The allegation that Chief Femi Fani-Kayode is a violent man that threatened any of his staff with a hammer is false.

READ:  US astronaut Neil Armstrong, first man on the moon, has died

“The video was doctored with a fake voiceover 3 years after the event took place to give a false narrative.

“There was no threat or assault on the individual in the video and he has come out to say so publicly. He has also pointed the finger at the individual who doctored and sponsored this video and accused her of trying to kill him on several occassions.

“The video of his testimony is above. It is pertinent to note that the video was shot in 2018 and Chief Fani-Kayode had no idea that his estranged wife was filming him.

“She did the voiceover in 2021 purposely to damage him and portray him in a bad light.

“The reason he had a hammer in his hand was because he and his staff were hanging new pictures on the wall in his sitting room and the two individuals that were in the video with Chief Fani-Kayode have attested to this.

“On the allegations made by other domestic staff, each procured through financial inducements by the mastermind of this evil plot, Chief Fani-Kayide categorically denies the allegations.

“He has never sexually molested any of his staff and the young lady called Antonio certainly does not meet up to his specification in terms of looks. To say the least he finds her patently unattractive.

“She lied about everything and she is nothing but a disturbed, sorry and embittered soul,” the statement reads.

Fani-Kayode has threatened to sue Punch Newspapers. He is asking for a N6 billion compensation, failing which he intends to launch litigation.

“Chief Fani-Kayode has instituted both criminal and civil proceedings against her for her falsehood so she will have every opportunity to prove her wild allegations in court just as the other individuals that swore to fake affidavits against Chief Fani-Kayode, commit perjury against him and that were paid to orchestrate these malicious falsehoods will.

“If the individuals have nothing to hide why are they running from the police? Chief Fani-Kayode has over 55 staff in his house and many were approached with inducements to lie against him by the mastermind of this smear.

“We have evidence of this and it will be presented. She has also threatened the lives of many of the staff.

“Apart from that she has approached a number of ex-staff to do the same most of whom have rejected her offer and have refused to lie.

“The whole thing is a well-orchestrated, well-funded smear campaign to tarnish FFK’s image but he remains undeterred.

“Those behind it will be brought to justice and they will be exposed. We look forward to seeing them in court,” the statement reads.

Meanwhile, Fani-Kayode’s P.A, Gbenga has described a video where it was alleged that he was being threatened by the former minister as mendacious and pure fabrication by mischief-makers bent on tarnishing the image of his former boss.

In a video sent to Vanguard, Gbenga refuted the allegation that he was ever threatened or assaulted, but has said it was rather the estranged wife that threatened his life on several occasions and terrorised the staff.

He also debunked claims of threat and abuse raised in some sections of the media as a falsehood by people who themselves molested him while he was working with Fani-Kayode.

But the ex-minister denied assaulting Precious, saying there was no physical abuse but he was merely trying to take the phone from her to stop her from recording their conversation. 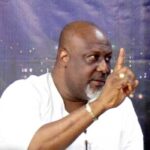 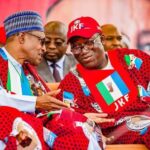