Nicole Young, estranged wife of music producer and rapper, Dr. Dre, is demanding about $2 million a month in temporary spousal support after filing for divorce in June 2020. 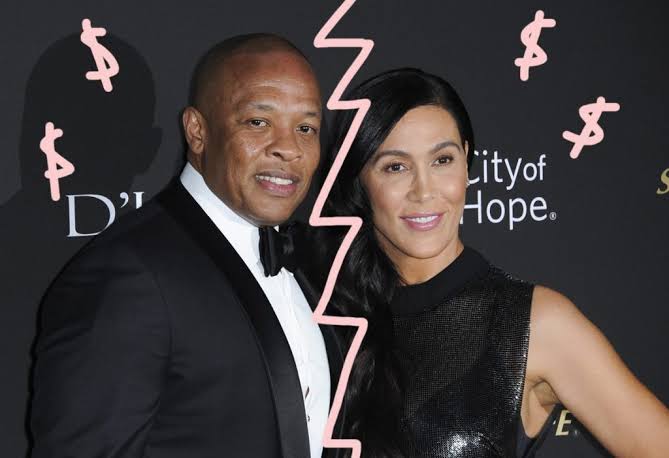 Lawyers for Young have alleged in court papers that the rapper, who has a net worth of around $800 million, has total control over their assets.

The papers stated that on April 1, Dr. Dre threw Young out of their 43,000-square-foot Brentwood mansion “in the middle of the night” and “in a drunken rage.”

Young has since been living at their Malibu residence, but she claims that he has also threatened to sell that home, and he has allegedly cut off the only source of funds available to her to pay for her case.

The lawyers claim Dr. Dre told her he would sell the Malibu home and messaged her saying, “Do not spend one more cent… You can’t be mean and disrespectful and spend my hard-earned money. F–k that!”

According to the court documents, Young wants the spousal support to begin retroactively from September 1 in order to ‘continue to enjoy the lifestyle she enjoyed during marriage.’

Nicole Young’s lawyers claim that she is “having difficulty paying her bills” because her mogul ex controls all their assets and has “been exerting financial control”.

The papers state that Young does not work, but her attorneys claim that she “played an important role” in the music icon’s career and “was integral” to naming his record label Aftermath.

They argue that she should be able to continue the lifestyle she had before their divorce because she did not sign a prenup before getting married.

READ:  "Police Can’t Prosecute Tinubu, He Has No Criminal Case With Us" - IGP Tells Court

In a controversial filing in August, Dre insisted that Young had signed a prenuptial agreement in 1996, but she stated that the prenup agreement should be rendered invalid, alleging Dre forced her into signing and later changed his mind and destroyed multiples copies of it.

Young claimed that her husband’s “net worth is estimated to be in the ballpark of $1 billion” in the filing, adding that he earned much of that sum during their marriage.

“Before our wedding date, Andre demanded that I sign a premarital agreement that 16 of his lawyers had drafted,” Young said in a declaration attached to the filing.

“Andre, at the time, was a well-known producer and rapper in the music industry, but he had not reached anywhere near the pinnacle of his music, entertainment and business career that he achieved during our marriage,” she said. “He told me that I must sign a premarital agreement or he would not marry me.”

“I was extremely reluctant, resistant and afraid to sign the agreement and felt backed into a corner,” Young said, adding that she was “left with no option” but to “unwillingly” sign the prenuptial agreement shortly before their wedding in 1996 because of the “extraordinary pressure and intimidation by Andre.”

However, Young said that Dre “acknowledged to me that he felt ashamed he had pressured me into signing a premarital agreement and he tore up multiple copies of the agreement in front of me” about two to three years into their marriage.

“Since the day he tore up the agreements we both understood that there was no premarital agreement and that it was null and void,” she said in the declaration.

KanyiDaily had reported that Nicole Young filed for separation from the 55-year-old rapper at the Los Angeles County Court in June, citing ‘irreconcilable differences’. 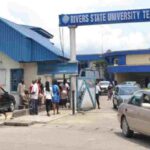 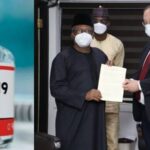