Kim Kardashian is not a stranger when it comes to facing criticism, but her latest critics is coming from an unlikely source, someone we’all never expected – Jon Bon Jovi.

Rockstar, Jon Bon Jovi during an interview, blasted the reality star saying the only reason she’s famous is because of her 2003 sex tape.

The Bon Jovi lead singer spoke about the Kardashian in an interview with The Sunday Project in Australia – when talking about pop culture and TV the star did not hold back on who he wasn’t keen on and one of the celebs happened to be Kim K.

He told The Sunday Project:

“I think it’s horrific that we live in that world and I can tell you I’ve never given 60 seconds of my life, ever, to one of those Housewives of Blah Blah and Kardashians. I don’t know their names, I’ve never watched 60 seconds of the show, it’s not for me.”

Kim Kardashian first gained attention In February 2007, after a sex tape she made with Ray J in 2003 was leaked. Kardashian filed a lawsuit against Vivid Entertainment, who distributed the film as Kim K Superstar. She later dropped the suit and settled for a reported US$5 million. That same year her family’s reality show launched on E!

Since then there have been countless spinoffs of the show, and Kardashian has become one of the most influential internet and social media presences in the world. She married rapper Kanye West in 2014, and the two have three children together. 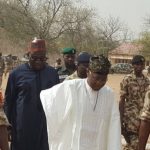 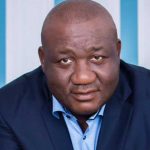