Globally celebrated Nigerian author, Chimamanda Ngozi Adichie, has been awarded the Women’s Prize for Fiction ‘Winner of Winners’ for her novel ‘Half of a Yellow Sun‘. 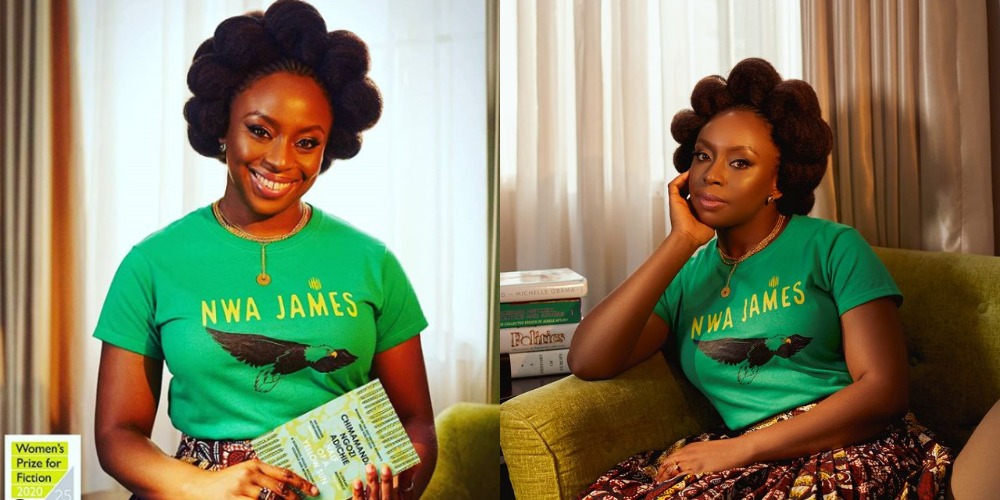 The so-called ‘Winner of Winners’ award was designed to celebrate the 25 writers who have won The Women’s Prize For Fiction since it was founded in 1995.

Thirteen years after she first won the Women’s Prize for Fiction, Chimamanda’s critically acclaimed novel ‘Half Of A Yellow Sun’ has been named the ‘Winner of Winners’ of the literary award after a public vote.

The one-off prize, which was held to celebrate the 25th anniversary of the award, saw over 8000 readers vote for their favourite of the prize’s 25 winners.

Adichie’s novel beat the likes of Zadie Smith’s On Beauty, the late Andrea Levy’s Small Island and Lionel Shriver’s We Need To Talk About Kevin to win the award.

READ:  How Robbers Who Tried To Slaughter Me Were Chased By Invincible Crowd Of People - Nigerian Man Recounts Wonders Of God

Adichie’s haunting novel – which was first published in 2006 – follows the lives of three central characters as they navigate life during the Biafran War in Nigeria.

The novel is about the end of colonialism, ethnic allegiances, class, race and female empowerment – and how love can complicate all of these things.

First published in 2006, it garnered critical and popular acclaim around the world and was adapted into a film starring Chiwetel Ejiofor and Thandie Newton in the lead roles and was released worldwide in 2013.

Chimamanda, who is currently in Lagos, Nigeria, thanked the Prize for this special award saying: “I’m especially moved to be voted ‘Winner of Winners’ because this is the Prize that first brought a wide readership to my work – and has also introduced me to the work of many talented writers.”

Adichie will be presented with a specially-commissioned silver edition of the Prize’s annual statuette, known as the ‘Bessie’, which was originally created and donated by the artist Grizel Niven as part of the gift of an anonymous donor.

The Women’s Prize for Fiction founder and director, novelist and playwright Kate Mosse said: “I am thrilled that Half of a Yellow Sun has won the silver Winner of Winners. Our aim has always been to promote and celebrate the classics of tomorrow today and to build a library of exceptional, diverse, outstanding international fiction written by women.

READ:  "We Will 'Freely' Convert Your Cars, Generators To Run On Gas" - FG Promises Nigerians

“The ‘Reading Women’ campaign has been the perfect way to introduce a new generation of readers to the brilliance of all of our twenty-five winners and to honour the phenomenal quality and range of women’s writing from all over the world. Congratulations to Chimamanda Ngozi Adichie and here’s to our next quarter century.”

Chimamanda Ngozi Adichie grew up in Nigeria. Her work has been translated into thirty languages and has appeared in numerous publications. Her first novel Purple Hibiscus, published in 2003, was shortlisted for the Women’s Prize in 2005, and won the Commonwealth Writers’ Prize and the Hurston/Wright Legacy Award.

KanyiDaily had also reported how Chimamanda Nzogi Adichie was honored as “one of the world’s most powerful voices in fiction”.