Northern Governors and leaders have called for a major control mechanism and censorship of the social media practice in Nigeria to avoid the spread of fake news. 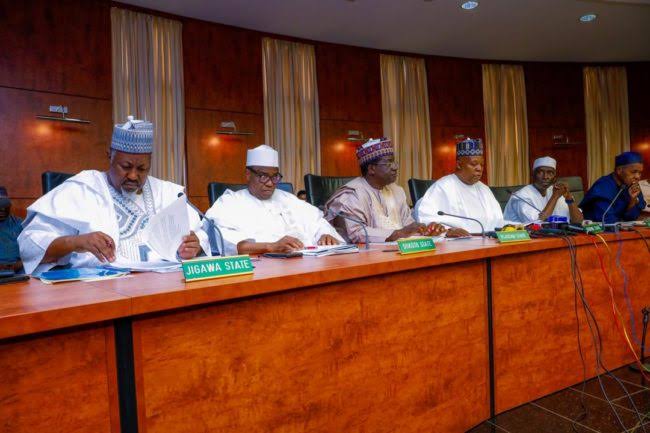 The governors who made the call during a meeting in Kaduna State on Monday, November 2, 2020, said the effect of uncontrolled social media is devastating.

They also condemned the #EndSARS protests which they claimed was meant to remove the President Muhammadu Buhari from office by pushing their “separative agenda”.

“In furtherance to its resolution to further engage with the critical stakeholders of the North, the Northern States Governors Forum held a meeting today Monday 2nd November, 2020 at the Council Chamber, Sir Kashim Ibrahim House, Kaduna,” the governors said in a statement.

“After extensive deliberations the following resolutions were arrived at: appreciates the roles of Traditional rulers in containing the menace of Endsars protests in the north. Collectively agreed that traditional rulers be given formal roles in the governance architecture of the Country.

“The meeting rejects and condemns the subversive actions of the Endsars protest. The superlative agitations and other change regime actions outside the ballot Box soon take advantage of the peaceful protests to push for their seperative agenda. The meeting endorse the indivisibility, indissolubility and oneness of the Nation.

“The meeting took note of the devastating effect of the uncontrolled social media in spreading fake news. Therefore, calls for major control mechanism and censorship of the social media practice in Nigeria.”

The governors also asked security agencies to keep “strict watch” on the Federal Capital Territory (FCT) to guide against “unwarranted and destructives protests” and to safeguard critical assets of the nation.

KanyiDaily recalls that Lai Mohammed had also called for an immediate regulation of social media in the country, warning that Nigeria is sitting on a keg of gunpowder if the issue of fake news is not urgently addressed.