Bauchi State Police Command has arrested a 22-year-old man, Musa Hamza, for allegedly beheading a 17-year-old boy, Adamu Ibrahim, and dismembering his body in the Alkaleri Local Government Area of the state. 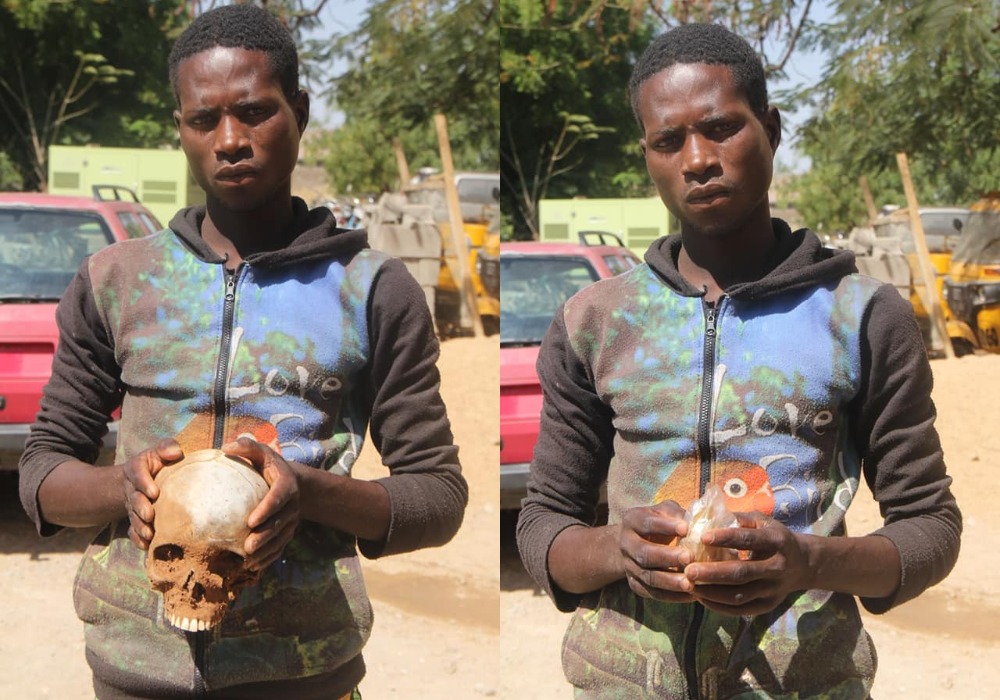 The command spokesperson, DSP Ahmed Mohammed Wakil, who confirmed the incident, said suspect also gouged out the victim’s two eyes, burnt the body and head, which he buried in a shallow grave.

He said: “On December 21, 2020, around 9.30am, detectives of the Alkaleri divisional police headquarters arrested one Musa Hamza (22) of Unguwar Wake village, Alkaleri LGA, who lured one Adamu Ibrahim (17) of same address, into the outskirts of the village forest and killed him with a stick and then beheaded him.

“He forcefully gouged out his two eyes, burnt the body and head, and buried them separately in a shallow grave located in a nearby bush.

READ:  Garba Shehu Apologises For Saying 'Only 10 Students Were Abducted In Katsina School'

“During investigation, all the buried human parts were exhumed and taken to the General Hospital, Alkaleri, for medical examination, where a medical doctor certified that the body parts had been removed.”

He added that upon interrogation, “the two eyes were recovered from the principal suspect, who voluntarily confessed to have committed the crime and was asked by a ritualist to bring the eyes for ritual to enable him to be rich.”

The police spokesman said that exhibits recovered from the suspect includes one knife, one Mp3 player, a pair of rubber shoes and a lighter. He stated that the suspect would be charged to court for prosecution.

KaniDaily had also reported how a suspected Fulani woman slaughtered a 7-year-old girl identified as Juwairiya Auwal inside a hut in Jos Museum, Plateau State.

Umahi Reveals Those Sponsoring Bandits, Speaks On Eviction Of Northerners From Ebonyi