Zeenah Ibrahim, the wife of the leader of the Islamic Movement of Nigeria (IMN), Sheikh Ibrahim El-Zakzaky, has tested positive to COVID-19 at a correctional centre in Kaduna State. 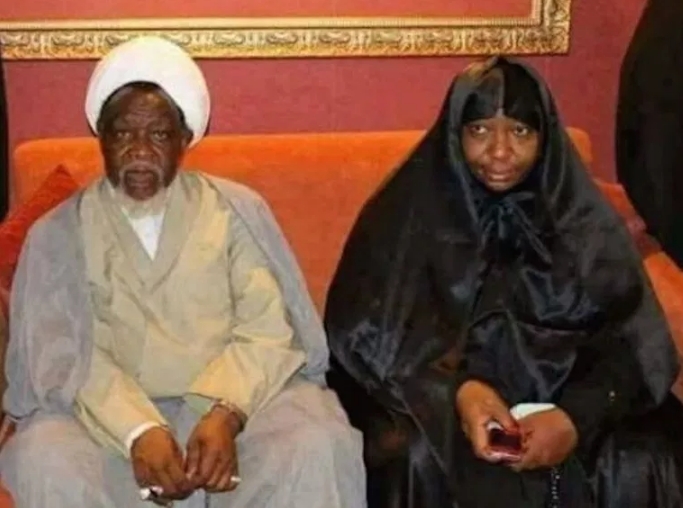 KanyiDaily recalls that El-Zakzaky and his wife have been in detention since 2015 after some of his followers clashed with soldiers in Zaria, Kaduna.

The IMN leader is standing trial over allegations of culpable homicide, unlawful assembly, disruption of public peace, among other charges.

In a statement titled, “COVID-19 Hits Kaduna Prison, As My Mother Tested Positive”, El-Zakzaky’s son, Mohammed, said his mother contracted COVID-19 in detension, but the prison management refused to evacuate her for treatment despite informing them of her status.

“Six days ago, after a routine visit to the Kaduna State prison by my parents’ doctors, my mother complained of fatigue, fever and a complete loss of the ability to smell,” Mohammed said.

“The doctors decided to carry out a number of standard tests in order to understand what the problem was. Among the tests that were carried out was a test for the novel coronavirus.

“This was a routine procedure and it is important to state that she has been denied treatment for acute medical conditions, including severe arthritis of the knee for years now.

“Meanwhile, the COVID-19 test came back positive. I imagined that due to the diligent way in which the prison management had been conducting and managing the facility, a COVID-19 outbreak would be extremely unlikely.

“And must inform the State Governor, Nasir El-Rufai, and the chain of command that the current campaign of torture, extortion, corruption and murder has come to this and my mother, Zeenah Ibraheem El-Zakzaky, needs to be immediately hospitalised.

“This has not been done and so I have no choice but to scream the details out. My mother is still in Kaduna prison at the moment, yet to be hospitalised and to receive proper health care.”

Mohammed said the deputy comptroller in charge of the prison, granted unrestricted access for all medical staff to deliver primary care to his mother.

El-Zakzaky’s son said his mother was tested again to ensure that she was actually positive, but despite the two positive results, his mother was not being treated in a standard hospital.

“I want to ask; why is my mother not in a hospital? Why are you doing this? We all know that COVID-19 requires an immediate response of urgent adherence to medical advice. Why are the rules being bent against her and him? By her I mean my mother Zeenah Ibraheem. By him I mean Sheikh Ibraheem Zakzaky,” Mohammed said.

In a desperate plea, Mohammed begged Nigerians to “Save my mother who is currently infected with COVID-19″, alledging that his mother’s COVID-19 positive status is being used as an “assassination tool”.

This is coming months after IMN members asked the Federal Government to release El-Zakzaky and his wife, Zeenah, from Kaduna prison over fear of coronavirus.

READ:  Student Attempts To Kill Girlfriend With Sniper After Stealing N57,000 From Her Account [Video]