Ekiti State Ministry of Justice has dragged the Inspector-General of Police (IGP), Mohammed Adamu, to court over the dismissal of a policewoman resident in the state, Omolola Olajide, for being pregnant out of wedlock. 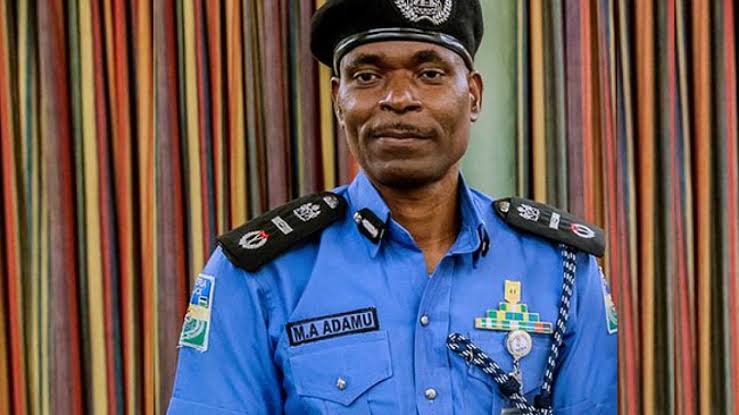 Joined as co-defendants in the suit said to be “in defence of the woman police officer’s rights” are the Ekiti State Commissioner of Police and the Police Service Commission.

The unmarried policewoman attached to the Iye-Ekiti Police Station in Ilejemeje, joined the service in May 2020, and was dismissed by the police for getting pregnant less than a year after graduating from the Police Academy.

Communication from the police last month had shown that the female cop was discharged from the force in compliance with Section 127 of the Police Act and Regulations Cap. P19, Laws of the Federation of Nigeria, 2004.

But the state Attorney-General, Mr Olawale Fapohunda, in the suit FHC/AD/CS/8/2021 filed in the Federal High Court, Ado Ekiti Judicial Division, is, among others, seeking court declaration that:

Section 127 of the Police Act and Regulations which provides for the discharge from the Police Force, women police officers who become pregnant while unmarried unconstitutional.

Section 127 of the Police Act and Regulations provides that “an unmarried woman police officer who becomes pregnant shall be discharged from the force and shall not be re-enlisted except with the approval of the Inspector-General”.

A press statement on Sunday from the Special Assistant to the AG on Media, Olalekan Suleman, stated, “Fapohunda has reviewed the said Police Regulations and found several provisions in violation of sections 37 and 42 of the Constitution the Federal Republic of Nigeria 1999 (as amended) as well as several regional and international treaties to which Nigeria is a party including the African Charter on Human and Peoples’ Rights”.

The suit seeks determination of whether by the combined provisions of Sections 37 and 42 of the Constitution of the Federal Republic of Nigeria 1999 (as amended), and Articles 2, 3, 5, 18(3) and 19 of the African Charter on Human and Peoples’ Rights, the provisions of Section 127 of Police Act and Regulation Cap. P19, Laws of the Federation of Nigeria, 2004 are not unconstitutional, null and void”.

The AG, is also in the suit “seeking an order nullifying Section 127 of the Police Act and Regulations as well as an order of perpetual injunction restraining the IGP, Ekiti Commissioner of Police and the PSC from implementing the said provisions”.

According to the statement, Fapohunda has also written to the IGP offering the support of Ekiti State Ministry of Justice in conducting a gender audit of the Police Act and Regulations.

The AG reiterated Ekiti State Government’s commitment to the eradication of all forms of discrimination against women in public and private life and as such had enacted several laws including the Gender-Based Violence (Prohibition) Law, 2020 (as amended) and enabled policies aimed at protecting the rights of women in Ekiti State.

He said that the International Federation of Women Lawyers and several other women rights groups in Ekiti State had written to him concerning the matter of a woman police officer discharged from the police because of her pregnancy status.

Meanwhile, the Nigerian Police Force has placed a N10 million bounty on two suspected robbers caught on CCTV camera at a crime scene.

#OccupyLekkiTollGate: Nigerians To Protest On Saturday Over Reopening Of Lekki Tollgate

Those Agitating For Biafra, Oduduwa Are Not Different From Boko Haram – Sheikh Gumi