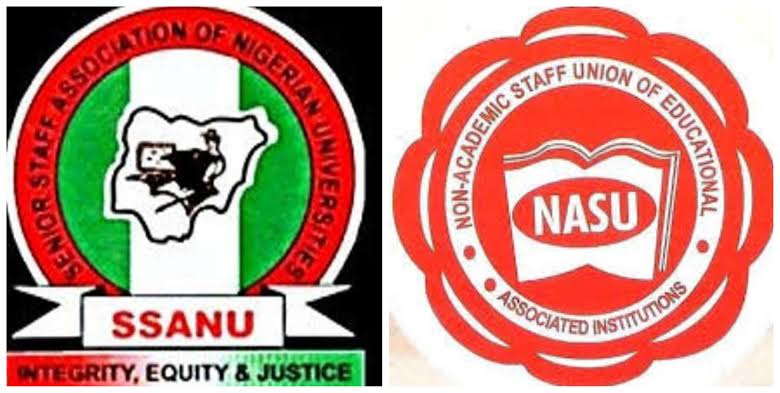 “In view of the outcome of the meeting, the leadership of JAC of NASU and SSANU at the branches are hereby directed to commence joint general meetings on Friday to give reports on the outcome of the conciliation meeting and pass resolutions on the way forward.

“In the meantime, the nationwide strike takes effect from 12 midnight, Friday, February 5, 2021, pending any contrary resolution by the branches,” the statement partly reads.

The unions had earlier threatened to embark on strike over the federal government’s handling of the Integrated Personnel and Payroll Information System (IPPIS) as well as the sharing formula of the N40 billion earned academic allowances.

They also cited the non-payment of minimum wage arrears/retirement benefits to ex-members, non-constitution of visitation panels to varsities, poor funding, and teaching staff usurping the headship of the non-teaching units.

In a bid to stop the workers from embarking on strike, the federal government had met with the leadership of the unions on Tuesday.

The meeting, however, ended in a deadlock with both unions saying that five of its demands have not been attended to.

KanyiDaily recalls that NASU and SSANU had embarked on a 14-day warning strike from 5th to 19th October 2020, following the COVID-19 lockdown.

READ:  "Pull Your Troops Out Of Ukraine, Prioritize On Peace And Diplomacy" - FG Tells Russia