In the viral video, Wizkid and Bella Shmurda were seen recording in a hotel room while exchanging bants, and they appeared cool with each other.

At some point, Wizkid was seen laughing hysterically alongside Bella Shmurda and another individual as they screamed “E Don Spoil” to the excitement of their fans.

“E Don Spoil” has topped the Twitter trends since the video surfaced on the social media. Music fans cant wait to know what the new slang is all about.

Wizkid and Bella Smhurda in the studio: 3/24

The Energy here should easily birth a dope tune with Bella Shmurda pic.twitter.com/EpPVSaP5aX

Wizkid found Playing in a Long Time, song with Bella cooking, they are both dancing to the track already. E DON SPOIL Szn is already Upon us, Brace up yourself because 2021 has just Begun with Greatness 👍🔥

Wizkid: Bella where that your song with David na ?

Wizkid is about to replace "e choke" with "e don spoil" 😂

"E don spoil" Wizkid's slang has now used 10hours on the trend table, more than ABT has ever used on Billboard 200 top #170.

If Wizkid should go to the studio and record "E don spoil" alone, it will still top chart pass ABT. This is an honest Davido fan

E don spoil for the Haters 😂

Omo this slang no choke at all

I Stan Wizkid and everything about him but if I sign contract and you come close to me and shout "E DON SPOIL!"…

E Choke is on another level

Fc is really bragging for “E don spoil” slang?? Tf is that😭😂

"E don spoil" has to be the worst slang ever, makes no sense if you ask me, can't even last beyond 1 week 🤣🤣🤣

Omo this Wizkid slang no follow at all. Nothing will spoil in my life in Jesus Name 🙏🏼

Meanwhile, Wizkid had revealed why he doesn’t react to controversies, saying “only a stupid man goes around trying to prove a point to the world.” 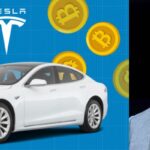 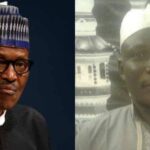