Former Governor of Central Bank of Nigeria Professor Charles Soludo was this afternoon attacked by unknown gunmen in Anambra State.

Soludo was attacked in his home communityUmueze in Isuofia while having an interactive session with some members of the community.

Two policemen were killed in the process.

READ: Soludo Says He Will Empower One Million Youths Annually If Elected As Anambra Governor

The whereabouts of the former CBN boss is unknown.

The latest attack is coming some months to the governorship election in the state slated for November later in the year and it is not clear if the attack is connected to the political activities in the state.

The military men were reportedly deployed to arrest ESN operatives who have been alleged to be the rampaging gunmen killing security operatives and carting away heavy arms and ammunition from police stations in the state. 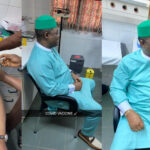 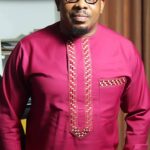