The Indigenous People of Biafra (IPOB) has condemned the formation of a joint security outfit called “Ebube Agu” by the South-East Governors Forum. 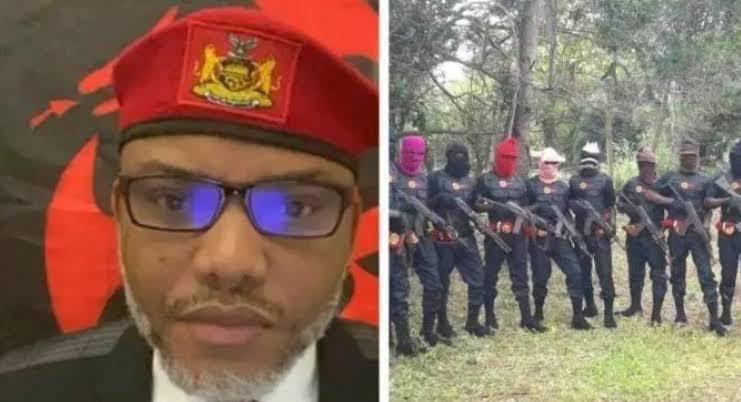 KanyiDaily recalls that the South East Governors announced the establishment of Ebube Agu (Wonderful Tiger) to tackle the rising insecurity in the region.

The governors said the joint security outfit would have its headquarters in Enugu State to oversee and monitor the activities of vigilante groups in the region.

However, in a statement by its spokesman, Emma Powerful, on Tuesday, IPOB said there was no need for the governors in the region to form another security outfit, adding that such a group is against the Eastern Security Network (ESN).

The group asked the youths to stay away from Ebube Agu, warning that anyone who joins the security outfit to spy on ESN will meet his demise.

READ:  Father Of Kids Found Dead In Their Mother's Freezer Opens Up

“It has come to the attention of the Indigenous People of Biafra (IPOB) under the command and leadership of our great leader, Mazi Nnamdi Kanu that South-East governors have shamefully and belatedly announced the formation of an abstract security outfit called Ebube Agu to secure the zone from Fulani terrorists’ herdsmen they allotted our ancestral lands to.

“What a mockery the puppets have made of themselves in their usual quest to please their slavemasters! How can you launch a security outfit without first assembling the personnel and equipping them? When Amotekun was formed, it was not abstract, the personnel and their equipment were handy.

“When our leader floated the gallant Eastern Security Network, ESN, the men were on the ground. How then did South-East traitors called governors announce a security outfit without any personnel or were they under any pressure to hurriedly make the announcement after years of foot-dragging and deceit?

“However, whether or not they were under any influence, we want to remind these bunch of caliphate slaves that there is no need for them to form another security outfit in our land since we have our formidable ESN. They woke up from their slumber rather too late. We have gone beyond that stage unless they are on a mission to sabotage ESN,” the statement said.

The IPOB also stated that the newly-formed security apparatus in the region was suspicious and would crash if it was intended to work against ESN.

“Any other security outfit formed in South-East will crash because ESN is already on the ground and living up to expectations. ESN was floated based on the clamour by our people, and they have since thrown their support behind the outfit. Forming another regional security outfit is suspicious, and needless waste. The governors failed our people when they needed their protection. It’s already late

“Biafrans will not be deceived by this purported EBUBEAGU security outfit which is a huge joke. South-East governors set up the outfit probably to fulfil all righteousness or to spy on ESN to curry favour from their Fulani slavemasters.

“We, therefore, warn our youths to have nothing to do with the so-called Ebubeagu security outfit which was ostensibly formed to sabotage IPOB and ESN. Anyone who neglects this warning and thinks he can hide under the cloak of EBUBEAGU to spy on ESN should be prepared to join his ancestors.

“The protection of all Biafrans is our priority and we are prepared to sacrifice anything to achieve this. We are aware of Fulani terrorist plans to decimate indigenous tribes in Nigeria. We are also aware of the federal government’s tacit support for this evil agenda. But IPOB and ESN promise them that no inch of our land will be given to Fulani terrorists herdsmen in the East,” the statement added.

KanyiDaily recalls that IPOB leader, Nnamdi Kanu had launched the ESN security outfit on 12 December 2020 because of the failure of the South-East Governors to secure the region. 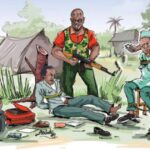