The Indigenous People of Biafra (IPOB) has threatened to deal with anyone who is caught enforcing Monday sit-at-home order in the South-East. 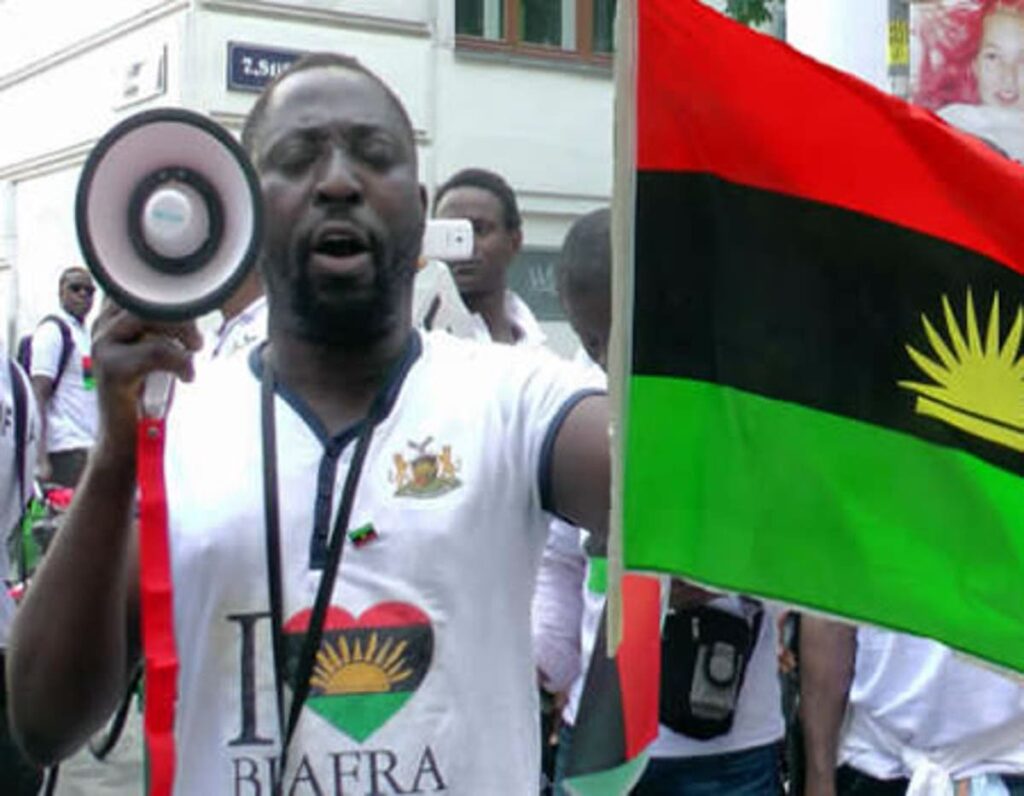 KanyiDaily recalls that IPOB had issued a sit-at-home order in the South-East every Monday as part of its ways of protesting the detention of its leader, Nnamdi Kanu, by the federal government.

The proscribed group said that the lockdown tagged ‘Ghost Monday’ will affect all schools, businesses, marketplaces, and other economic activities in the region.

However, following pressure from stakeholders, IPOB stated that the Ghost Monday would now be observed only when Kanu is appearing in the court to continue his trial.

Despite the suspension, some hoodlums disguised as IPOB members have continued to enforce the sit-at-home order by attacking and killing violators in the region.

Speaking on the development on Tuesday, IPOB’s spokesman, Emma Powerful threatened that anyone caught enforcing the order henceforth, would have his ears cut off.

Powerful added that that IPOB is not a clan meeting but a revolutionary movement fighting for the Republic of Biafra.

“I am happy you said it yourself that we cancelled the Monday sit-at-home. We said it in the beginning, but we stopped it, we have told people to stop sitting at home on Mondays.

The threat comes barely 24 hours after students participating in the ongoing 2021 Junior Secondary School Certificate Examination (JSCCE) were attacked in Imo State on Monday for violating the sit-at-home order to sit for their English Language examination.

READ:  Woman Cries Out On Facebook, Says She Was Beaten In Front Of Her Son By Ex Husband Who Threatened To Kill & Bury Her