The Five Governors of the South-East have placed a ban on open grazing and the movement of cows by foot into the zone.

The chairman of the South East Governors Forum and Ebonyi State Governor, David Umahi, disclosed this on Monday during an APC stakeholders meeting at the Christian Ecumenical Centre Abakaliki.

Umahi said the forum supported the move to flush out herdsmen, cultists, kidnappers, bandits and other criminal elements from various forests in the south-east.

“We are living in a dangerous time. Without patriotism to our nation Nigeria, it is very difficult to have a peaceful time.

“Governors of South East have been calling on our leaders to speak out on the security of the zone and unity of Nigeria.

“We are managing ourselves well. What we discuss with the herdsmen is the system in place for a long time,” Umahi said.

The chairman of the southeast Governors’ Forum cautioned people of the zone against instigating crises in the country through the dissemination of fake videos alleging killing of Fulanis by IPOB in the South East.

“Dissemination of fake videos alleging the killing of Fulani by IPOB in the South-East should stop,” he warned.

“What our people must know is that security is not political. What is demanded of the leaders is to put up programmess that favour the people and foster national unity

“There is a new dimension that is taking place in the southeast which is very dangerous. It is when the communities use the name of IPOB, the video and upload it to the social media and say it is IPOB that is burning the houses of herdsmen.

“It is not IPOB, it is the communities that are doing this and this is very dangerous for the Igbo man. I am talking to us as leaders,” he added.

Umahi also announced his support for the call to flush out criminal elements from forests across the nation to boost the security of the country.

“In our forests today, we have the kidnappers, herdsmen, cultists, all sorts of criminals,” he said.

“Anybody staying in the forest is taking a risk when we say that people should move out of the forests. It is for their safety and security. So, I support that kidnappers, herdsmen, cultists, and bandits should be flushed out of our forests”.

KanyiDaily recalls that elder statesman, Alhaji Tanko Yakassai had warned all South-East Governors that they cannot ban movement of herdsmen and cattle in their region. 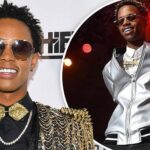 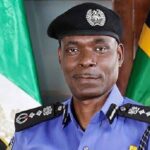