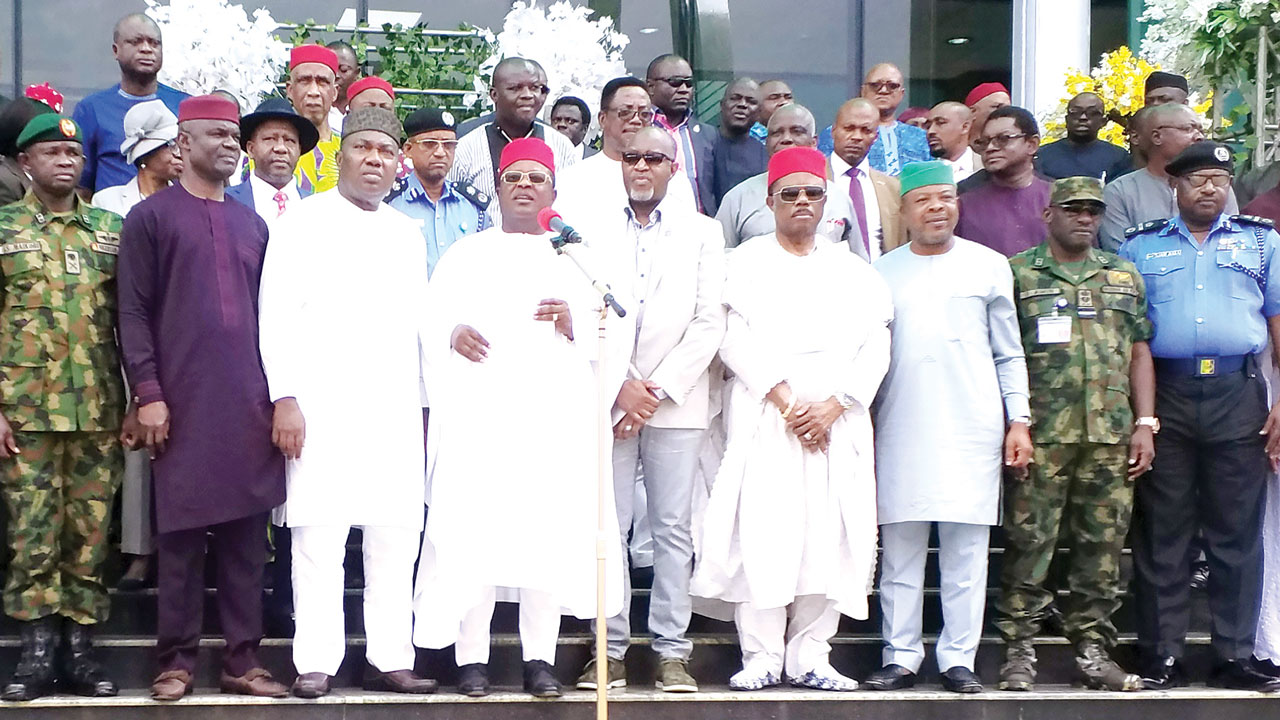 South-East Governors have placed a ban on the movement of herdsmen with AK47 and their cattle from one community to the other, noting that their activities have been the cause of conflict between herdsmen and farmers in the zone.

The Governors made the disclosure in Enugu, Saturday, during their meeting with enlarged stakeholders meeting that included the Minister for Aviation, the Army, Police, the clergy, Igbo leaders, federal ministry of works, among others.

In a communiqué delivered by Chairman of the Governors Forum and Governor of Ebonyi state, Dave Umahi, the stakeholders said they deliberated on two major topics, insecurity and the matters arising from the closure of the Enugu airport.

Governor Umahi said their discussion agreed that their earlier joint air operation to flush out bandits from all forest in the southeast would continue and that herdsmen are banned in the region from walking around with AK47 and cutlasses.

““We also agreed that we have to put measures in place to restrain movement of herdsmen and their cattle from one state to another which is a source and point of conflict with the natives and farmers. And also restrain the movement of cattle and herdsmen from community to communities across farmlands.”

“South-East governors have banned herdsmen who move about with AK 47 guns and cutlasses and we want our security agencies to implement same,” Umahi said.

The governors denied being the brains behind Operation Python Dance in the region in 2017. He said:

“South-East governors never invited the army nor were the South East Governors informed of any of their operations on Python Dance until the operations were already started in the states.”

“Over N19 Million Just Wasted Like That!” – Bobrisky Laments After Police Crashed His Birthday Party