Kano State Governor, Abdullahi Ganduje, has granted freedom to 123 prisoners across the state to mark the Eid-El Fitr celebration.

Ganduje, who witnessed the release of the inmates from Goron Dutse Prison on Thursday, said that the beneficiaries were selected based on the gravity of offences and good behavior.

The governor explained that the gesture was to complement the federal government efforts to decongest correctional centres in Nigeria.

Ganduje gave each of the freed inmates N5,000 as transport fare to their destinations. He advised them to turn a new leaf and pray for peace in the country.

READ:  CAN Disowns 'Fake Bishops' At Unveiling Of Shettima As Tinubu’s Running Mate

The Comptroller ‎of Prisons in Kano, Suleiman Suleiman, thanked the governor for freeing thousands of inmates since his coming into office.

Suleiman further advised the freed inmates to stay off crime to avoid going back to prison.

KanyiDaily had reported how Governor Ganduje orderded Hisbah Police to destroy 1,975,000 bottles of beer, worth over N200 million, confiscated within Kano metropolis.

READ:  "I Will Rather Die Than Surrender My Land To Fulani" - Benue Governor, Ortom 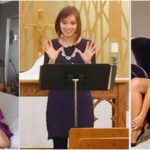 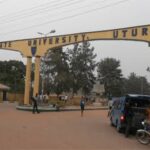