Gimba Yau Kumo, the son-in-law of President Muhammadu Buhari, has been declared wanted by the Independent Corrupt Practices and Other Related Offences Commission (ICPC) over an alleged $65 million fraud. 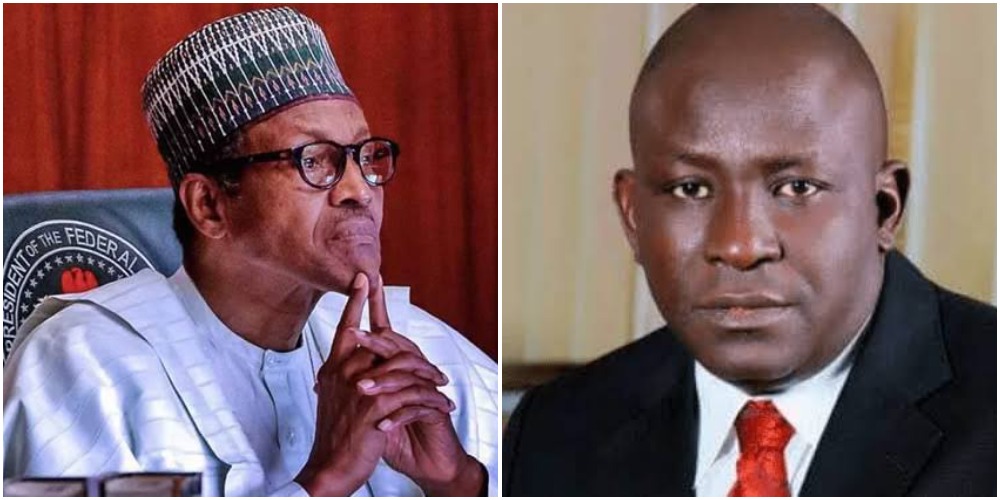 Kumo is a former managing director of the Federal Mortgage Bank of Nigeria, who married Buhari’s daughter, Fatima in 2016 at Daura, Katsina state.

In a statement on Thursday, ICPC spokesperson, Azuka Ogugua, said Kumo is declared wanted alongside Tarry Rufus and Bola Ogunsola over alleged misappropriation and dispersion of national housing funds.

“The persons whose pictures appear above, Mr. Tarry Rufus, Mr. Gimba Yau Kumo and Mr. Bola Ogunsola, are hereby declared WANTED by the Independent Corrupt Practices and Other Related Offences Commission (ICPC) in connection with issues bordering on misappropriation of National Housing Funds and diversion of the sum of Sixty Five Million dollars ($65,000,000),” the ICPC said.

The senate committee on public accounts had in April summoned Kumo to explain the alleged irregular award of N3 billion contract when he was still at the bank.

KanyiDaily had reported how Buhari’s driver was recently detained by the DSS for tricking hIM into signing a fraudulent document to make millions of naira.

Governor Ganduje Frees 123 Prisoners In Kano, Gives Them N5000 Each As Transport Fare