The Indigenous People of Biafra (IPOB) has warned the presidential candidate of the New Nigeria Peoples Party (NNPP), Rabiu Kwankwaso, to stop linking the group to Peter Obi, the presidential flag bearer of the Labour Party (LP). 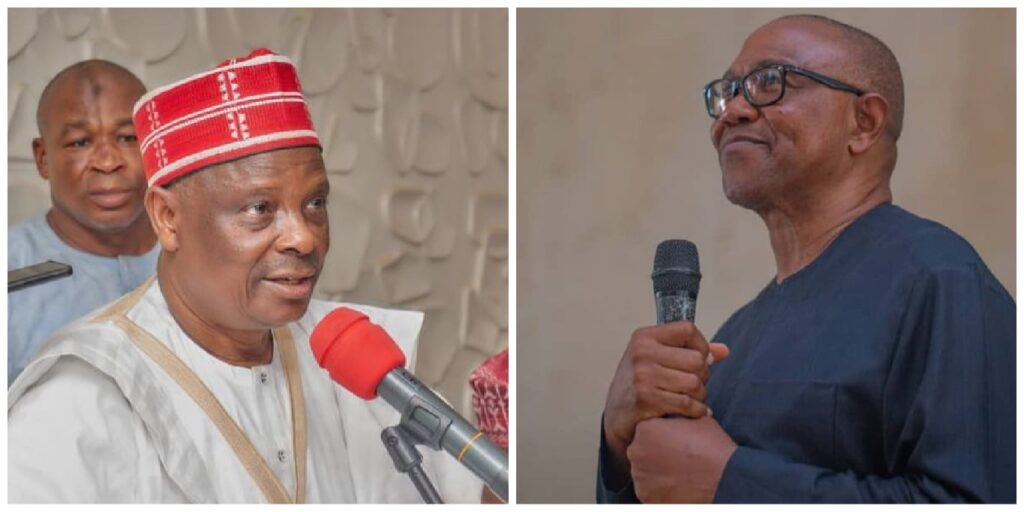 IPOB spokesman, Emma Powerful, stated this while reacting to Kwankwaso’s comment that the North would not vote for Obi because of IPOB’s agitation in the South-East.

In a statement on Tuesday, the group said Kwankwaso should stop linking its struggle with the presidential ambition of Peter Obi who was neither a member of IPOB nor supported its cause at any point in time.

IPOB also stressed that it was not interested in the nation’s “corrupt and fraudulent” politics, adding that its main target was the liberation of the Biafra people.

Powerful noted that Obi is pursuing a totally different goal from that of the IPOB who are agitation for a referendum in the Southeast as stipulated by the United Nations {UN).

The statement reads: “The global family of the Indigenous People of Biafra (IPOB), under the command and leadership of our great leader, Mazi Nnamdi Kanu, wish to advise the former Governor of Kano State, Rabiu Kwankwoso not to involve IPOB in the selection process they call an election in Nigeria.

“The Nigerian politicians generally and Kwankwaso, in particular, should desist from linking IPOB with Peter Obi’s political ambition and campaign. Peter Obi is not an IPOB member, and never supported our agitation for freedom at any time because he pursues a totally different goal from that of the Indigenous People of Biafra (IPOB). We have no interest in the Nigerian morally decadent and fantastically corrupt political system and landscape.

“If Kwankwaso is threatened by the Labour party & Peter Obi’s teeming support by the creative and talented but downtrodden, neglected, deceived, deprived, killed (Endsars) Nigerian youths from even the North which your generation does not have any good intentions for, then he should go forward and settle his differences and stop linking IPOB to their problem.

“IPOB is not interested in the worthless politics you play in Nigeria, we don’t regard such daylight robbery, fraud, manipulation and selection as election. Maybe there is something Kwankwaso is not telling the world. Instead of saying the truth that because he is Fulani with the (born to rule mentality), he cannot play second fiddle to a Southern Christian presidential candidate, he has the temerity to associate our hallowed liberation movement with the shameless murky waters of the Zoo politics.

“IPOB is not concerned with the waves of this election; we have never asked for nor said anything contrary to our goal and demand. What we need is a referendum, and a referendum we must have. There are no middle ways for us as a people as far as our liberty and freedom is concerned. There is, therefore, nothing anybody can do to change our resolve towards our stated goal, which is the restoration of Biafra.

“If there is a region to avoid due to criminality with Terrorism, it is Northern Nigeria which sponsors several terrorist groups as joint venture partners and recycles them in the military and ministries, you should feel non – Northerners’ pulses when they helplessly tag along with you guys to ascertain the sensitivity of their irritations and pounding of hearts in silent prayers for safety.

“Peter Obi is not a member of IPOB and he is neither agitating or in support of our Self Determination struggle. Why associate him with IPOB’s struggle for freedom. IPOB does not know who Peter Obi is going by our biodata bank. Our demand is our inalienable rights to self-determination and this we seek through a universally recognised and accepted political process called *REFERENDUM* as stipulated by the United Nations Charter.

“IPOB wish to use this medium and opportunity to warn every politician in Nigeria to desist from linking IPOB with their politics and selection process because we are not politicians and have no common interest. We are freedom fighters,” he added.

KanyiDaily recalls that Ohanaeze Ndigbo had recently told Rabiu Kwankwaso that he does not have the competence to assess the Igbo, stressing that he is not a presidential material.