The presidential candidate of the New Nigeria Peoples Party (NNPP), Rabiu Kwankwaso said Northerners will not vote for his counterpart in the Labour Party (LP), Peter Obi, or anyone from the South-East in the 2023 general election. 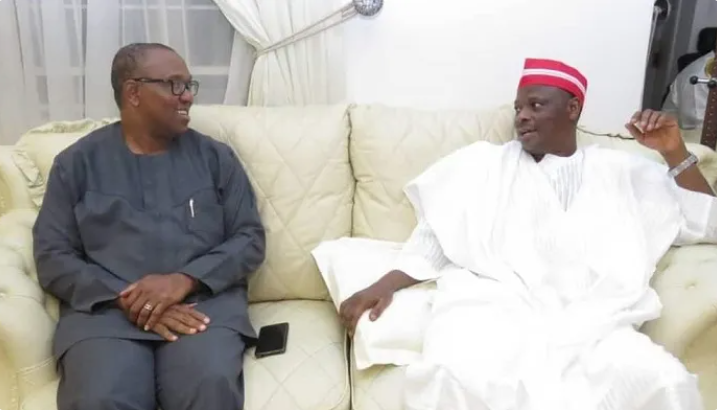 The Kano former governor, who spoke in an interview with Channels Television on Sunday, said the South-East has lost across major political fronts, stressing that the only hope to the realization of its aspiration is with his party.

Kwankwaso also claimed that Labour Party’s support is mainly from the South-East and not the entire country, stressing that Northerners won’t vote for anyone from the region.

He said, “In PDP, they (South East) are completely out; so also in the APC. The only opportunity now is the NNPP. We are aware that on the social media, the young men and women of the south East extraction are working towards getting the presidency, but the facts on the ground is that even if the entire zone or any zone in this country decides to vote for a particular person, that person, going by the provision of our constitution can not be president. I think the Constitution is deliberate to ensure that everybody in the country is involved.

“Today, many people in the South East believe that they are being marginalised and it will even be worst, if they are not involved in the 2023 project. Labor Party as it stands today can not certainly win an election because the support is mainly from a particular zone and the figures there can not earn anybody a presidential position.

“I have many reasons why I as Rabiu Kwankwaso is sympathetic to South East and I think the relationship between LP and NNPP will cool down a lot of tension in the South East. We don’t want a situation where by a particular section of the country will feel that it is being marginalized and already we have a lot of tension there. And this tension is not good for the South East and for the country. We have a situation today in this country where in that part of country, the whole zone is being shut on Mondays; so many people are being killed and so many business opportunities are being wasted.

“That is why I take this opportunity to say that the leaders at that level should think positively so that this marriage can work. And If this marriage doesn’t work, the implication is that his own candidate in the PDP will be the biggest beneficiary because the North today, the way they operate politically is not very clear to many people.

“What I’m telling you is that if anybody from the South-East now, under this circumstance, becomes the presidential candidate of our party or any other party, the implications is that because of the activities and other issues that are really on the ground, northern voters will certainly go for their northern candidate and another party. So, the thinking is not whether I like it or I don’t, the fact remains that everybody will lose. He will lose and I will lose.”

On the likelihood of the alliance to happen, the NNPP candidate said;

“Yes, I believe that it will happen but we believe also that there are some challenges that we are having especially from the side of the Labour Party itself, because there are so many influences – some on their side, negative and even the positive side. We have a situation today where there are some people who are in other parties, who are also influencing the decision of that party (LP). I believe it is not good for the party.”

Kwankwaso who disclosed that he is yet to meet with Obi for negotiations, further revealed that a committee set up to negotiate the alliance had met with the ex-Anambra governor and “I believe that it is highly likely that we are going to meet and discuss the issue of coming together as a family.”

KanyiDaily recalls that Rabiu Kwankwaso also claimed that the South-East will miss a golden opportunity if Peter Obi is not his running mate in the 2023 general election.

2023: “Tolerant Of Other People’s Views And Opinions” – Peter Obi Tells His Supporters