Nigerian singer, Kcee has revealed he had initially planned on featuring either American superstars, Chris Brown or Trey Songz, on his 2013 hit song ‘Limpopo’.

The 43-year-old singer spoke during an episode of the ‘Afrobeats: The Backstory’ documentary, produced by Ayo Shonaiya, which centers on the rise of the Afrobeats genre premiered on Netflix on Thursday.

According to him, he had initially wanted to feature either Chris Brown or Trey Songz on ‘Limpopo’ which was the first song he recorded after his split from his then music partner, Presh.

Kcee said, “Limpopo was like a miracle for me. When I broke up with Presh, a week after I went back to the studio. I locked myself in the studio and I put up my team.

READ:  Confusion As Pregnant Lady Is Dropped By The Roadside With Money Inside Her Handbag [Photos]

“You know when I found this team which Harrysong was part of, Del B. Dr Amir, a whole lot of them. I put them together and we would work morning till midnight.

“We would sleep, wake up, we record so I was recording like a mad man. So I told Del B that yeah I spoke to my brother and we’re planning to feature either Trey Songz or Chris Brown on the project.

“I needed a sound that will balance Afrobeats and make those guys be able to feel us.” 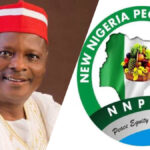 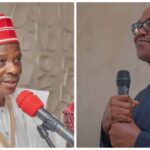