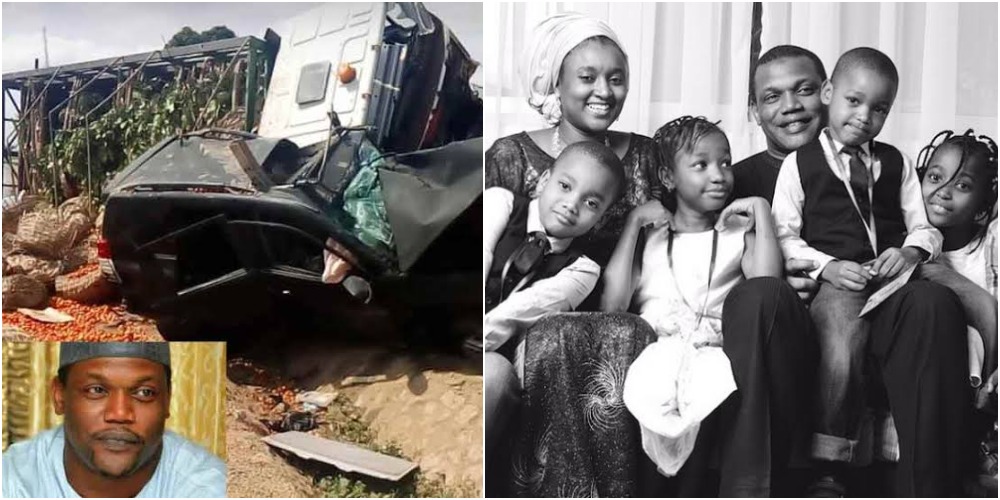 It was gathered that Mohammed was travelling with his family to Abuja on Monday when his convoy ran into an articulated vehicle loaded with tomatoes along the Minna-Suleja Road.

No member of the Babangida family was hurt in the accident, but three soldiers in the convoy died while one was critically injured after their black Prado SUV had a head-on collision with the articulated vehicle travelling in the opposite direction.

Eyewitnesses said Mohammed Babangida was travelling to Abuja in a Honda Space bus with other members of his family behind the security vehicle.

“Three soldiers died and one was left critically injured as the convoy of Mohammed Babangida, the son of the former military Head of State was involved in the accident. He was travelling to Abuja in a Honda Space bus with other members of his family behind the security vehicle.

“No member of the Babangida family was hurt in the accident. The injured soldier is currently receiving treatment at the National Hospital in Abuja,” an eyewitness told SaharaReporters.

This comes a few months after a former Deputy Speaker of the House of Representatives, Hon. Babangida Nguroje, lost seven family members in a road accident while travelling from Yola to Abuja.