Tragedy struck in a family of six as kerosene explosion killed 45-year-old father, two children and his brother-in-law in Ikot Ekpo community of 8 miles, Calabar, the Cross River State. 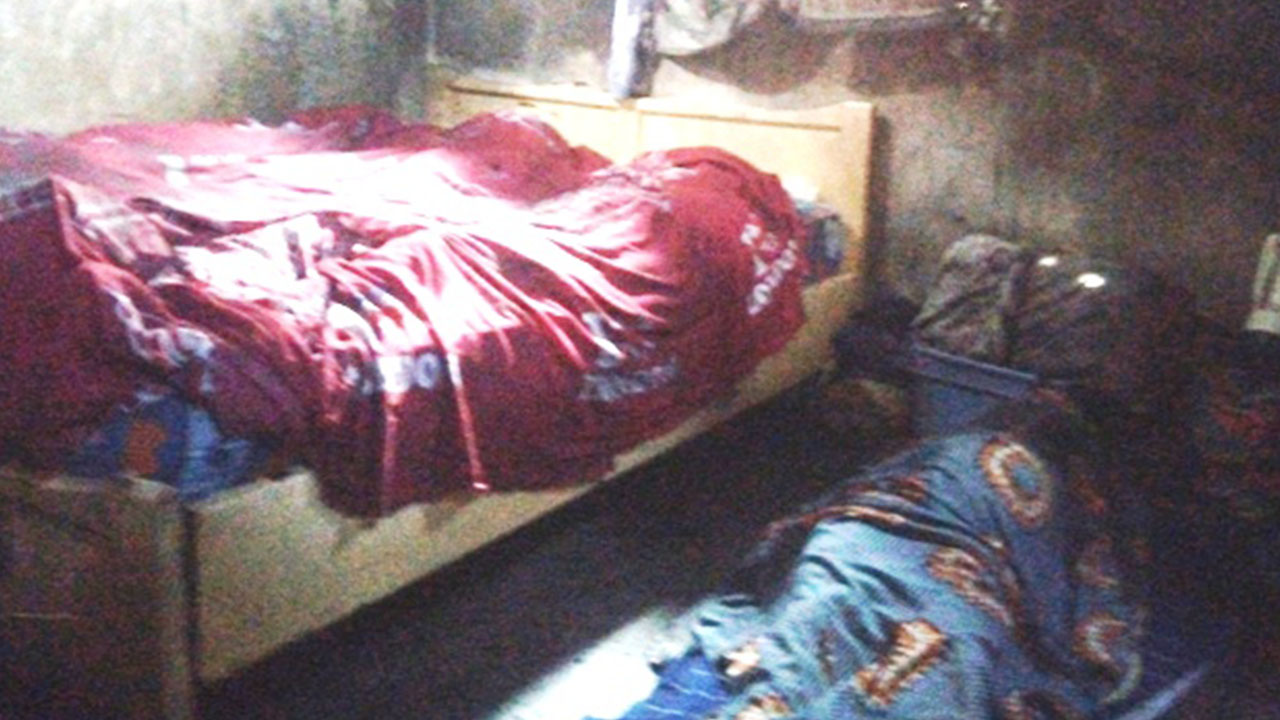 The father, Esuabana Okon, two of his children, Okon Esua (14), Edet Esua (13) and his in-law, died in the fire incident on Monday night.

It was gathered that the surviving daughter was asked by the mother to refill the kerosene lantern. On doing that, the lantern exploded, she threw it and ran out of the house.

Esuabana’s wife and the daughter that survived the inferno are said to be receiving medical attention at the Calabar General Hospital.

READ:  Young Lady Killed Her Son, Dumped His Remains In Her Handbag, Told Police He Was Kidnapped [Photos]

Confirming the incident, the Landlord, Efiom Offiong Efanga, said: “I had a call at about a minute to ten O’clock that there was a fire outbreak in my compound so I had to rush down here. By the time I got here, the neighbours had succeeded in putting out the fire but they did not know initially that people had actually been burnt inside because it seems there were no screams.

“It was after the fire was extinguished that we discovered three persons were already dead inside. Another victim, who was also fatally burnt, was rushed to the hospital but he gave up the ghost on the way and so his dead body was brought back. The only survivor among the children is the daughter.

“The only survivor among the children is the daughter. I met her in that Church close to my compound very frightened. She told me that the mom asked the elderly brother to refuel the lantern but the boy refused and went inside, and that after some minute, the mom decided to send her to refuel the lantern and that as soon as she poured the kerosene into the already lit but dim lantern, there was a huge explosion so she threw the lantern away and ran out. She said the mother was outside easing herself when the explosion occurred, ” the landlord said.

READ:  'I perform at weddings during the day time, rob banks at night; - Musician Jonathan Nsirim

Also speaking, a relative to the Esuabanas, Mr Samuel Inyang, described the incident as mysterious, adding that what surprised everyone was how the girl could run out while his father and the other three could not, even when the door was opened.

Inyang, who suspected that the kerosene might have been adulterated, appealed to relevant government agencies to intensify efforts at bringing to an end the case of petroleum bunkering, which he said encouraged dealers to mix all types of things with kerosene.

Efforts to speak with the state Police Public Relations Officer did not yield any results as she did not answer calls on her mobile phone number.

KanyiDaily had also reported how a man killed his wife, then shoot himself dead over a family despute in the presence of his two children in South Africa.