The Nigeria Centre for Disease Control (NCDC) has officially recorded the confirmed cases reported in Cross River State, after days of controversies on the cases.

Out of the 575 new COVID-19 cases that were confirmed by the NCDC on Monday, five were from Cross River, after more than four months of recording no infection.

The confirmation for Cross River comes after the Nigerian Medical Association (NMA) accused the state governor, Ben Ayade, of hiding COVID-19 patients to avoid being included in the daily updates of the NCDC.

Cross River State had before now reported no case of Covid-19 since the country’s index case was confirmed on February 27.

READ:  Facebook And Twitter Lock Trump's Accounts Over His Comments On Violence That Rocked US Capitol Hill

With the latest development, it is now official that all the 36 states in Nigeria and the Federal Capital Territory (FCT) have recorded coronavirus cases with the total number of confirmed cases in the country put at 29,286.

A total of 163 Covid-19 patients were discharged across Nigeria in the last 24 hours with the total number of successfully treated cases now 11,828.

“1 new state has reported a case in the last 24 hours. Till date, 29286 cases have been confirmed, 11828 cases have been discharged and 654 deaths have been recorded in 36 states and the Federal Capital Territory.

READ:  Nursing Mother Of Twins Left With Decayed Breast After Being Bitten By Her Uncle In Enugu

A breakdown of cases by state can be found via https://t.co/zQrpNeOfet#TakeResponsibility pic.twitter.com/EJWf8DQk2v

READ:  West African Nations Adopts 'ECO' As Single Currency, To Be Launched By 2020 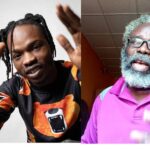 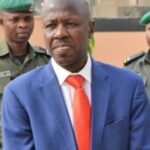