The Federal Capital Territory Administration (FCTA) on Sunday sealed Jabi Lake Mall “indefinitely” for violating the ban on social gatherings placed by the government in a bid to minimize the spread of the coronavirus.

KanyiDaily had reported that Naira Marley held a crowded drive-through concert at the mall on Saturday night in contravention of the directive of the Presidential Task Force on COVID-19 as part of measures to curb the spread of the virus.

FCT authorities on Sunday authorities disclosed that apart from the violation of social distancing rule and the use of face masks in public places, the concert also went against the curfew of 10pm to 4am in the territory.

In its Twitter page, FCTA announced that the Jabi Lake mall has been locked indefinitely for breaking the COVID-19 precautions.

“The FCT Ministerial Task Team on COVID-19 seals up Jabi Lake Mall indefinitely for violating Presidential Task Force’s directives on the ban on public gatherings as part of measures to contain the spread of the dreaded pandemic in the territory,” it tweeted.

The FCT Ministerial Task Team on #COVID19 seals up Jabi Lake Mall indefinitely for violating Presidential Task Force’s directives on the ban on public gatherings as part of measures to contain the spread of the dreaded pandemic in the territory. #COVID19FCT pic.twitter.com/JSXJhBb8m3

This is not the first time Naira Marley would be caught in large crowd violating social distancing order during the coronavirus pandemic.

Marley had before now been indicted in Lagos for the same offence when he showed up at a party hosted by Nollywood actress, Funke Akindele in honour of her husband, Abdulrasheed Bello, also known as JJC Skillz, who was celebrating his birthday.

The Lagos State Government has since withdrawn the case against Naira Marleyand others who were at the birthday party in the house of the Bellos in Lagos.

This was, however, not before the Bellos were sentenced by the court to community service and fined N100,000 for defying social distancing order. 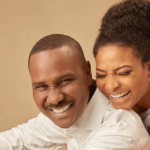 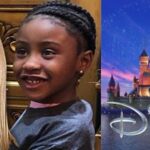