An 85-year-old retired staff sergeant of the Nigeria Army, Paul Ojo, has given Kaduna State Governor, Nasir El-Rufai, a 24-hour ultimatum to repair his demolished house.

According to SaharaReporters, the retired soldier who was evicted from his residence, is also demanding compensation for the assault and trauma he suffered at the hands of armed policemen, who carried out his eviction.

It was gathered that on August 17, 2020, some armed policemen allegedly assaulted and evicted Ojo, his 75-year-old wife, Veronica, and two sons from their house at Block L12, KAPWA Quarters, Kabala Costain, Kaduna.

READ: Nigerian Man Slashed With Machete By 3 Other Nigerians Inside Malaysian Store – VIDEO

The retired soldier also demanded the payment of N50 million as general damages for the psychological trauma his family had passed through.

READ:  Daughter Arrested For Butchering Her Mother, Slicing Her Body Into Different Parts In Uyo

Appah said his client remained the rightful owner of the property but the team led by Samuel Jacob Madaki went ahead to forcefully take over the house without a court order or notice.

“Following from the above facts, we demand the following: That within 24 hours, you authorise your agent; Samuel Jacob Madaki, to repair the house he supervised the demolition and settle our client back to their premises.

“That you cause to be published a written apology over the act and action of your agents. That you pay the sum of N 50, as general damages for the psychological trauma you subjected our clients.

“Note kindly, that should you fail to strictly follow through the demands as stated in paragraph 26 above, we shall carry out our clients’ further instructions and note please, this letter also serves as a pre-action notification,” the latter reads.

Appah explained that the committee in charge of public auction of government residential houses reassigned the property in question to one Mr Abbas Mohammed Ango without cancelling or revoking Ojo’s bid and the initial payment he had made over the property.

This is coming just a few days after Bishop Abiodun Ogunyemi of Anglican Communion, Zaria diocese, was dragged to court for saying Governor El-Rufai will never be the president of Nigeria.

READ:  Nigerians Reacts As Man Sends His Wife Packing For Posting Photos Of Their New House On Social Media 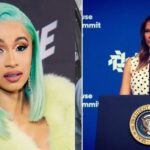 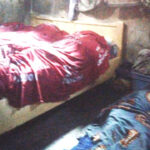