Sokoto State Police Command has called for calm following reports that a threat letter of impending attacks was allegedly sent to residents of Dange/Shuni Local Government Area of the state. 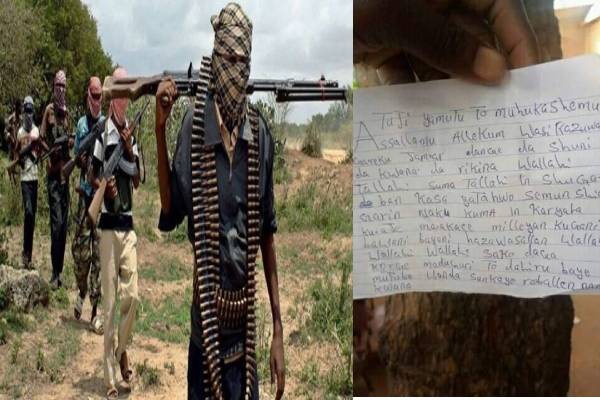 It was gathered that an alleged notice of attack was discovered, late on Saturday, under a tree in Kwanar Kimba Village of Shuni District, Dange/Shuni LGA.

A source said the letter is written in Hausa language by suspected bandits threatening to destroy the villages of Shuni, Kwanar Kimba, Rikina and Dange, and it has thrown residents into panic.

In the letter, the writers boasted that no force can stop them from carrying out their planned attacks in the five communities mentioned in the alleged notification.

“A million army personnel will not stop us from carrying out the attack, which may be carried out any moment from now,” the alleged notice stated.

Reacting in a statement on Sunday, the state Commissioner of Police, Kola Okunlola assured members of the communities that the police are on the trail of those who wrote the letter.

Okunlola, who urged residents to disregard the threats, assured residents of their continued safety, adding that one person has been arrested and is helping the police with its investigations.

KanyiDaily had reported how a lawmaker, Abdullahi Balarabe Salame, killed one of the gunmen who stormed his home in the middle of the night in Sokoto State.

Related Topics:attackBanditsgistLetterMETRONewssokoto state
Up Next