Roy Abou Trabi is a dedicated husband, father, as well as a respected entrepreneur. His career has taken him down many different paths, with success being a common occurrence in each one. He has managed to stay on top of technological advancements and benefit as time moves forward. 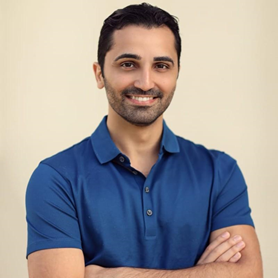 Roy Abou Trabi was born in Lebanon in 1986, where he would reside until moving to UAE where he would be raised. His childhood was fairly simple, although he always felt like there was more to achieve in life.

After graduating high school in 2003 and achieving his Bachelor of Arts Degree in Film Making from Middlesex University, Roy dove headfirst into the world of becoming an entrepreneur.

Job prospects were scarce when he completed school, as he graduated in 2007 – this is the beginning of a financial drought that would rip through the entire world. Understanding that nothing would be handed to him, Roy chose to pursue his path and build businesses.

He started with an import company that focused on security electronics, which is the likes of GPA trackers and other security systems. He found the love of his life Laila Abou Trabi and in 2011 they finally decided to get married, with whom he has 3 beautiful children.

He ran this security electronics import business for around 4-years, which is when he decided to switch lanes in regard to his career. He understood that there was a change on the horizon and decided to delve into the world of social media marketing.

We all know how important social media marketing these days is, and it seems as if Roy had a crystal ball – he was able to get into the industry just as it was beginning to build a buzz. He developed plenty of entertainment and sports pages, growing them to the point where he had millions of fans from all over the world! Roy would do this until becoming a Google AdSense partner and would stick with this project until 2017.

In 2018, Roy Abou Trabi discovered a new avenue to pursue, investing in multiple real estate properties located all over Lebanon. These properties are home to the seeds of pine trees by the thousand, which were planted a long time ago per Roy’s agricultural business plans. This is the same year in which he constructed his first residential building, which is located in Dahr El Ahmar, Lebanon.

In an interview with ClickDO, Roy revealed that his businesses were successful because he never took anything for granted. His word below:

I have always been dedicated to the grind that comes with running a business. I don’t take anything for granted, and I’ll always do what’s necessary to overcome an obstacle. In this world, you’ve got to take anything you can get, but also be sure to improve every step of the way.

I’ve learned a lot while running all of these businesses, and the mistakes I’ve made in the past have allowed me to find success in the present.

Abou also disclosed that the toughest challenge he had in business was finding capital to start off;

I would say that finding capital (money) to invest in potential opportunities is always a problem when you’re first starting out. There’s a reason why people who are born into wealth stay rich, and that’s because it’s easier to make money when you’ve got tons of it.

Although it can feel desperate at times, never give up. It doesn’t matter how much money you start out with, all that matters is that you’re on the right path and striving to find success in your industry.

While Roy is managing his real estate projects most of the time, he still finds space in his life to deal with everything else as well. He’s still a prominent Premium Domain investor and trader, which is wonderful to see since it’s where he began making a living in the first place.

As of recent, Roy Abou Trabi has just finished co-founding a press release distribution company called PRshouts. There’s no telling what’s in store for Roy next, but it’s safe to say that we’re all excited to see what the future has to offer. Below is a quote from Roy which will motivate you to never give up:

If you feel like there is more to experience out there in life, remember that nobody is going to do you any favours. When you want things done, you’ve got to roll up your sleeves and do it yourself. I took that approach early on, and hopefully, others reading this will do the same. 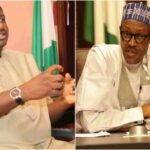 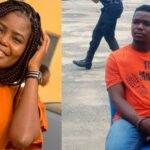