Anambra State Police Command has denied a viral video of police officers allegedly protesting over non-payment of their feeding allowance for today’s governorship election in the state.

KanyiDaily recalls that on Friday, a video had emerged showing police officers protesting that many of them deployed to Anambra during the week, were not given accommodation.⁣⁣

The aggrieved police officers gathered at Idemili Ogidi Police Division, were also heard chanting “pay us our money”, demanding that the N10,000 approved for their feeding should be paid immediately.

However, in a statement on Saturday, the Deputy Commissioner of Police in Anambra, DCP Aderemi Adeoye denied it, saying that the officers were rather in high spirit, chanting victory songs as they awaited for deployment to their election duties.

READ:  Deported Anthony Chinedu Is Demanding For Full Payment Of His Investments In Kenya Before Seven Officials And A plane Held At Lagos Airport Is Released.

Adeoye said: “The alleged video of police officers protesting for non – payment is not true as portrayed in the clip.

“A careful study of the video shows a group of personnel in high spirit awaiting deployment for the election chanting victory songs.

“The Police Command remains focused and committed to protecting the sanity of the electoral process in Anambra state.”

KanyiDaily recalls that the Inspector General of Police (IGP), Usman Alkali Baba had deployed over 34,000 policemen for the Anambra governorship election. 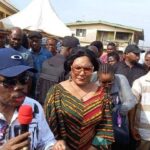 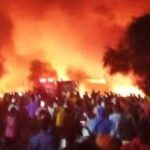