Popular Nigerian singer, Davido has taken to social media to announce that Wema Bank has invited him for a meeting after his new account received over N160 million in cash transfers within 24 hours. 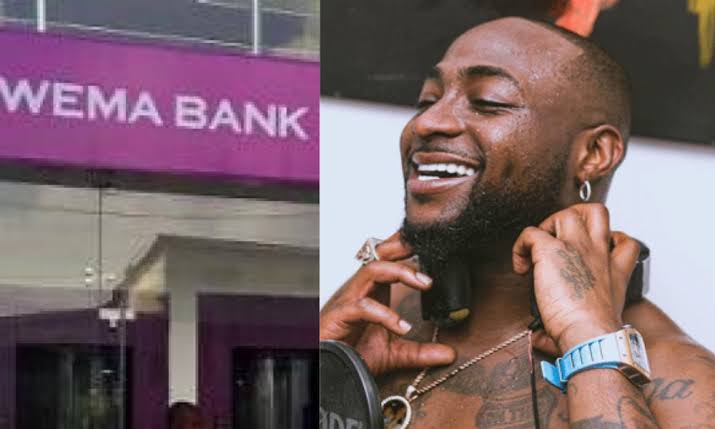 KanyiDaily recalls that Davido opened a Wema Bank account on Wednesday, posted it on all his social media pages and called on his friends to donate N1 million each ahead of his 29th birthday on Friday, November 19.

The singer, who is the son of a billionaire, Adedeji Adeleke, announced on Thursday morning that he has received over 160m in cash transfers in less than 24 hours from donors like Nigerian businessmen, Obi Cubana and Femi Otedola.

Davido, however, did not disclose the amount sent to him from the likes of Femi Otedola, Obi Cubana, E-Money, Patoranking, and some others.

Brands that donated to Davido include Kolaq Alagbo, Munch It, TravelBeta, among others. The singer’s baby mama, Sophia Momodu, also sent money to him. However, he did not disclose the amount sent.

Davido later took to his verified Twitter account to announce that “Wema wanna have a meeting” after the financial institution donated N1 million bto the singer. 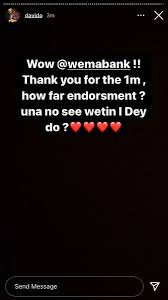 However, as the fundraiser got heated, the bank hopped on the trend and made a post online with the inscription, “Na bank wey Davido dey use we go dey use now.” 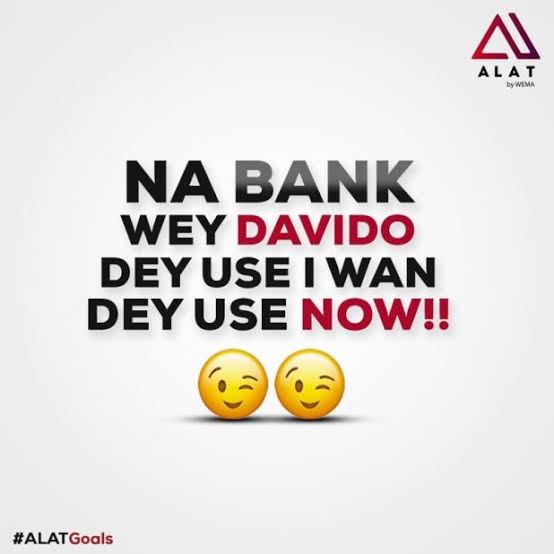 KanyiDaily recalls that Davido had also jokingly posted a video on his Instagram Story calling on those he had helped in the music industry to send him a million naira each.

READ:  "Sex Will Be A Reward For My Husband And I After Marriage" – BBNaija's Uriel Oputa

Related Topics:celebritiescelebritydavidoDonationDonationsEntertainmentgistmoneyNigeriaWema Bank
Up Next

Davido Is Biggest & Most Powerful Influencer In Africa, He’s A God Among Men – Harrysong