Grammy-winning Nigerian superstar, Wizkid and his collaborator, Tems, have won Best Collaboration for their hit song “Essence” at the 2021 Soul Train Awards. 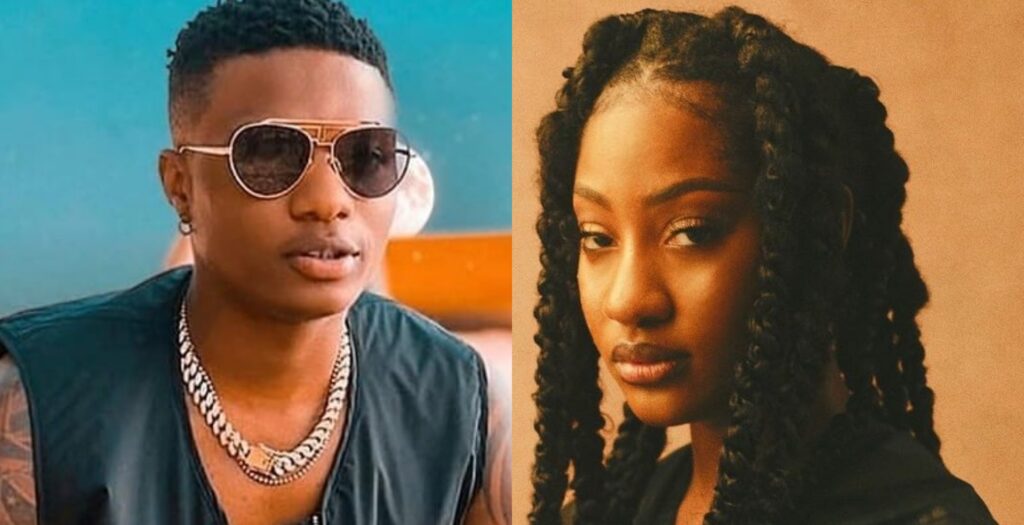 The Soul Train Awards which was held on Sunday, November 28, 2021, is an annual music award show that rewards the best of the best in African-American culture music and entertainment. 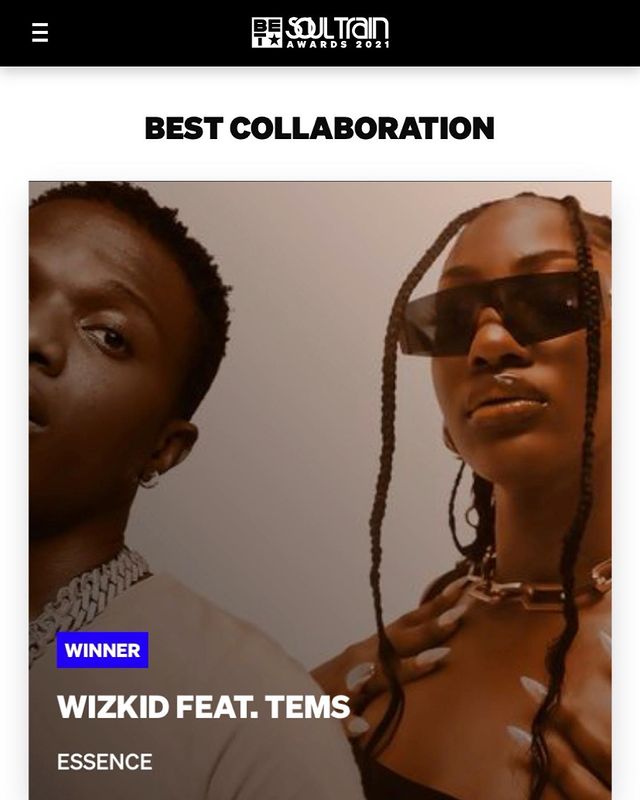 READ:  Soon-To-Be-Deported Nigerians In Switzerland Fights Over Money Given To Them By Swiss Government

Wizkid and Tems were each nominated for 5 awards respectively at the 2021 Soul Train Awards.

The duo were also jointly nominated for the Song of The Year, Video of The Year, The Ashford and Simpson songwriter’s award, and Best Collaboration for Essence, which they eventually won.

However, they lost the ‘Song of the Year’ and ‘Video of the Year’ category to ‘Leave the Door Open’ by Bruno Mars, Anderson. Paak (Silk Sonic).

In the same vein, ‘Made In Lagos’ was also bested by Jazmine Sullivan’s ‘Heaux Tales’ in the ‘Album of the Year category.

KanyiDaily recalls that Wizkid and Tems’ song ‘Essence’ is also nominated in the Best Global Music Performance category for the Grammy Awards scheduled for January 31, 2022, in Los Angeles.