The Publisher of Ovation Magazine, Dele Momodu has denied allegations that he promoted the campaign for President Muhammadu Buhari in 2015. 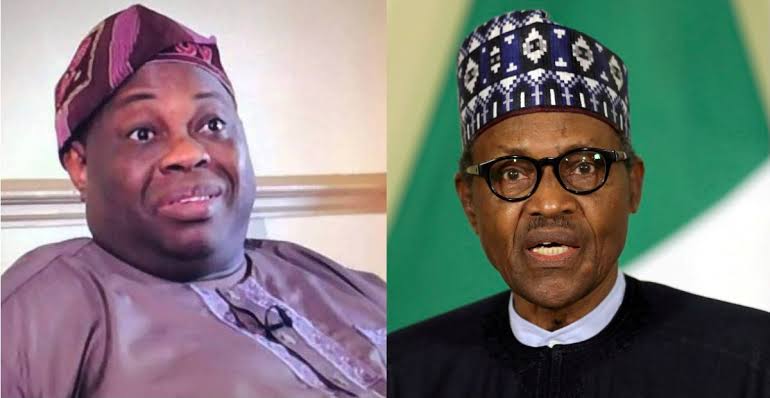 Speaking during an interview with media personality, Chude Jideonwo, the journalist said he never asked Nigerians to vote for Buhari, noting that he only posted his pictures on social media.

Momodu, who recently declared his interest to contest in the 2023 presidential election, said: “I actually like the man (Buhari) personally but his politics, no way.”

He added, “I didn’t sell Buhari to you. All I did was post his pictures. There is no way anyone can say, I said you must go and vote for Buhari,” he said.

“The mess in Nigeria today is because Nigerians find it difficult to detach themselves from career politicians.

“But Nigeria cannot continue in this madness. Why we lack progress is because we are too embittered, too enraged it is unbelievable.”

Momodu also spoke about how he lived in fear in London after fleeing from the military government of Sani Abacha, former head of state.

He narrated how an explosion shocked him and his staff while at their office space close to the Canary Wharf in London.

The journalist said, “So we got an office and second-hand furniture. So we decided to get a bottle of cognac and celebrate because we got an office not minding how we were going to pay printers.

“Then boom! There was a bomb next to our building. A massive explosion with over 100 houses blown apart. We started running, and I started shouting Abacha! Abacha!.

“I thought Abacha had discovered where I was. So we ran, and we saw police dogs everywhere. Apparently, they had evacuated the area, and we didn’t know because we were busy celebrating.

KanyiDaily recalls that Dele Momodu had claimed that God preserved him to defeat the ruling the All Progressives Congress (APC) and become Nigeria’s president.