Nollywood actress, Chizoba Nwokoye has taken to social media to accuse her personal assistant (PA), Success Bright, of stealing her belongings and running away. Chizoba Nwokoye Call Out Her PA

The actress made the accusation amid tears during a conversation with a friend whom she told the incident occurred while she was at a movie location.

According to her, Success stole her car and ATM which he used to withdraw all the money in her bank account before taking over her monetized YouTube account.

Her colleague, Chioma Nwaoha has called on members of the public with information that could lead to the suspect’s arrest to reach out to Nwokoye.

“This is Evil and heart breaking please anyone with this boy information should Dm chizoba_nwokoye. The thief Instagram handle is @successful7344”

READ:  "Don’t Tell Me True Love Doesn’t Exist" - Gordons Reacts As His Mum Gets Married At 72 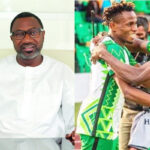 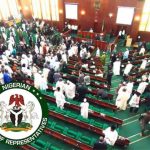