A former Big Brother Naija housemate, Lucy Edet has revealed that she’s giving a thought to the idea of having a child out of wedlock waiting on the right partner to settle down with. 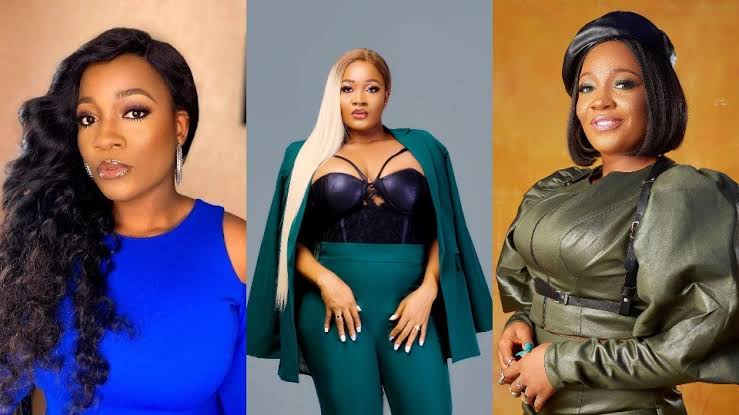 During an interview, the 31-year-old reality star said she has been very stubborn about getting married, nothing that she may have a child and become a single mother.

Lucy Edet added that her mother who used to pressurize her about marriage has now accepted that she might just remain single for the rest of her life unless she finds happiness and the right man.

She said, “I am turning 32 in April. I have been very stubborn about it (marriage) and my mother has come to accept that marriage may not be for me. Perhaps, I will just have a child. She (mother) told me two days ago that I should just produce a child and I laughed.”

“Pressure for marriage isn’t for me because I am more concerned about connecting and living happily with the right person. Until I am able to build my life around that person, I don’t think I want to settle down.”

“If I feel pressured to get married, I could have done that since I used to be crazy about marriage; but not anymore,” Edet added.

Lucy, who has often been accused of reducing her age, insists on telling the truth, adding that she is never bothered about people’s opinions of her and she would take them if they are not lies.

She said, “People should leave me alone because it is my age and my choice. I feel it is society that has caused that because many people reduce their ages just to get jobs or to be accepted in the society. But, that has never made sense to me. I have always stuck with my real age.”

“I don’t see why someone’s thoughts about me should bother me. As long as you are speaking the truth, I won’t be angry about it. However, I have issues with people making up stories. I have heard so many things about me that shocked me.”

Speaking on her latest projects, the ex-BBNaija housemate stated, “I still run my grill business from home. Also, I have done a grill show which is yet to be aired. One the show, I grill for celebrities who give their honest opinion about it, and we have other conversations. I have done two movies so far and I am hoping to open a physical space for my business soon.”

Meanwhile, Nollywood actor, Jim Iyke has made a shocking revelation that he has three children and several failed marriages that no one knows about.